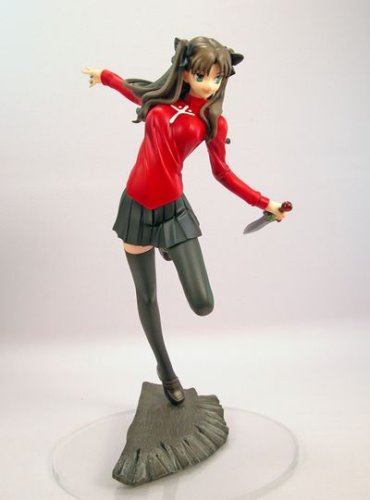 Another Rin Tosaka figure, this is Fate/Stay Night : Rin Tosaka Running PVC Statue Figure . Based on the wildly popular anime and visual novel game series Fate/Stay Night and Fate/Hollow Ataraxia. Rin Tōsaka (遠坂 凛, Tōsaka Rin) is a model student and idol of Shirō’s school who is secretly a sorceress and Master in the Holy Grail War. She is a descendant from a long line of sorcerers, and though she lacks a formal magic education, she is extremely powerful in her own right. Her father was killed in the fourth Holy Grail War, and she has trained since his death to succeed him. She is perceptive, resourceful and avidly competitive. She tried to summon a Saber-class Servant, but she accidentally called Archer instead. See details