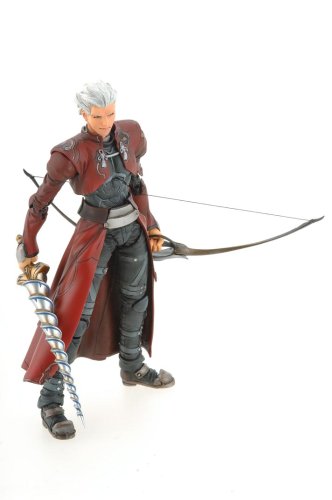 From anime and visual novel game series Fate/Stay Night, this is Fate/Stay Night : Archer Hyper Collection PVC Action Figure . Come with longbow and blades. Archer (アーチャー, Āchā) is the Servant of one of the series’ main heroines, Rin Tōsaka. Due to an incomplete summon, he apparently has no memory of his previous life or identity. Archer is sarcastic and cynical – but under his hardened exterior lies a complex and dark personality that unfolds throughout the story. Though skilled with ranged weapons, he can hold his own in mêlée combat. Archer considers Shirō Emiya’s idealism to be weak and delusional, recognizing Shirō’s mentality of “wanting to save everyone” as naïve and impossible. 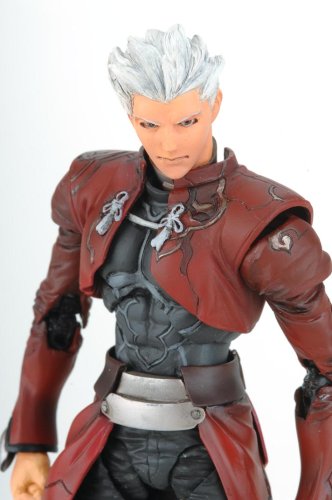 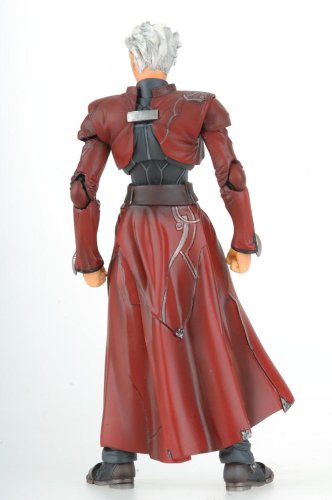 Abilities
Though Archer himself does not seem to have any special mastery of magecraft beyond his specialty, he possesses extensive knowledge of a conventional, if unusual, branch of sorcery. He is a Faker, an individual skilled at creating imitations of objects through the use of tracing and projection of mental images to form tangible objects. Though Projection is normally ineffective at creating durable or powerful artifacts, Archer’s unique approach to this craft enables him to materialize enormously powerful and accurate copies of the images recorded in his mind. 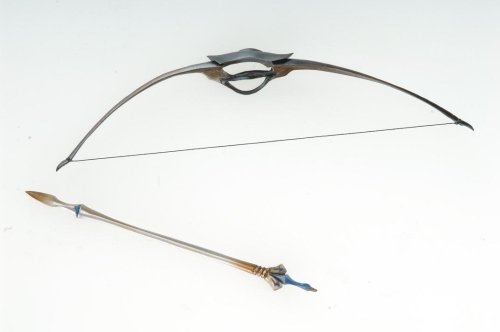 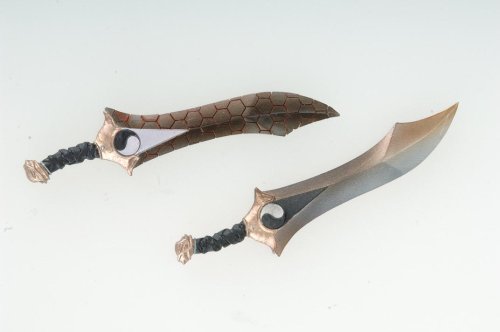 By drawing upon the nature of his Reality Marble without the need to deploy it, Archer is capable of recording all information regarding physical constitution, supernatural proprieties and even history of any manner of ancient weapon merely by glancing upon them, and then materialize an astonishingly precise copy. The copies not only possess the same magical and conceptual traits as the originals, but they also retain the memories of the weapons, enabling Archer to read into these records and download any skills or techniques these armaments might have been employed for. His method is not without limitations though, as weapons traced are lowered in power by one rank, and it is not possible to replicate artifacts composed of substances not existent in this world. 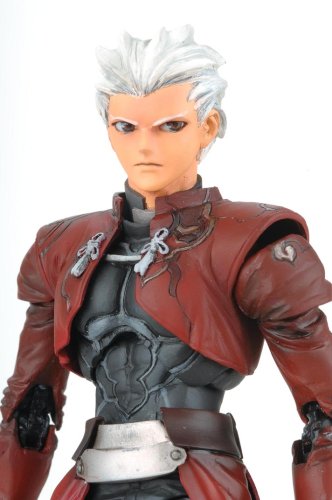 In addition, through the use of Alteration, Archer can modify the traced copies to infuse them with new special proprieties. The most effective use of this skill is the crafting of Broken Phantasms, Noble Phantasms overloaded with magical energy which, at the cost of being destroyed after use, exponentially increase their attack power. Whereas most Servants would be reluctant to sacrifice their weapons in such a manner, Archer’s unlimited arsenal allows him to employ this method at will, his particular style consisting of modifying swords to be fired as arrows. 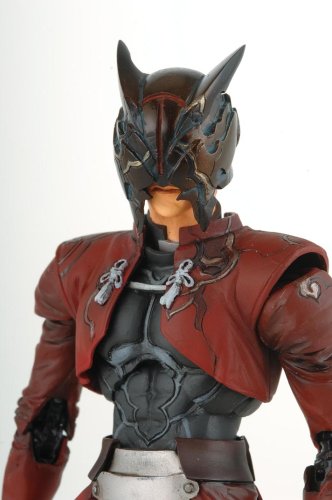 Archer is also in possession of a sleek black longbow, which is constructed from a synthetic, metallic yet flexible compound that does not exist in the modern time period. This bow has been designed to withstand the strain of mounting weapons, such as Noble Phantasms, and propel them as if they were mere arrows. Similarly, Archer’s breastplate and boots are crafted from the same material, while the red cloak he wears is a holy burial cloth that shields Archer from spiritual interference in his surroundings. See details