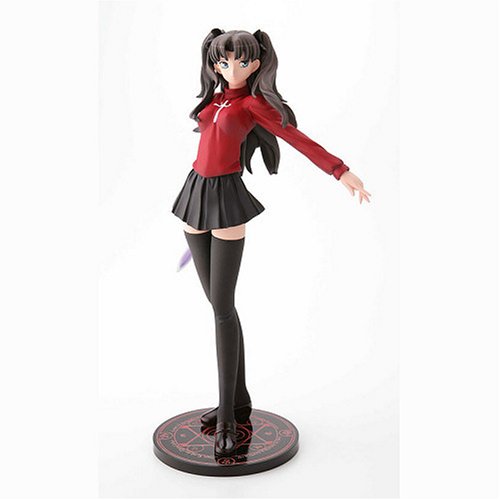 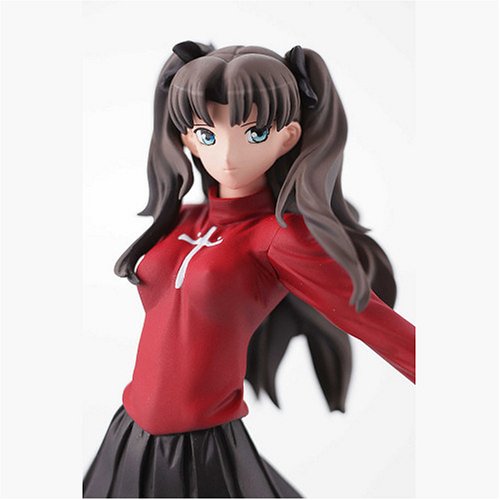 Rin Tōsaka (遠坂 凛, Tōsaka Rin) is a model student and idol of Shirō’s school. She barely talks to other students in her school and exhibits a desire to be left alone, as exemplified by her tendency to stay on the school’s rooftop, away from the rest of the students. She is also secretly a magus, and a Master in the Holy Grail War. Rin is reared as the successor to her family’s magecraft, instructed by her father, Tokiomi Tōsaka, to prioritize sorcery over her own interests. After her father is killed, Rin continues to perfect her sorcery, with some guidance from Kirei Kotomine. She strives to earn the admiration of her peers to avoid drawing attention to her private life, even though she is secretly stingy, tomboyish, and a slacker. She is perceptive, resourceful and avidly competitive. Although she tries to summon a Saber-class Servant, she accidentally calls Archer instead.

Rin excels in transformation of energy, which includes storage of Mana in objects. She stores all of her mana in jewels that she charges daily to bypass her body’s natural limitations on releasing energy. She can detonate her jewels on contact with an object, resulting in a release of energy equivalent to an attack rank of “A”. Her most common offensive spell is “Gandr”, which fires concentrated mana in the form of a black orb from her finger. On contact, the spell amplifies physical conditions — a person who is already sick, for example, becomes far sicker upon being hit. Rin is also proficient with reinforcement sorcery, which she uses on her legs to give herself more speed. See details