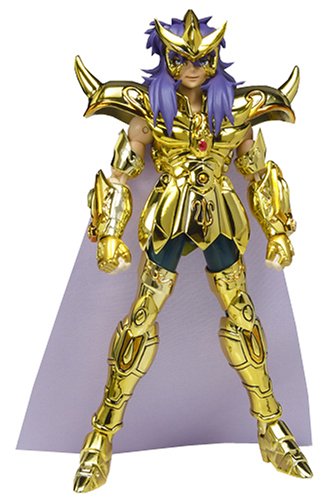 From anime and manga Saint Seiya or Knights of the Zodiac (Caballeros del Zodiaco), this is Saint Seiya : Gold Cloth Scorpio Milo Action Figure . Saint Seiya Saint Cloth Myth Gold Cloth Scorpio Milo Action Figure What you’ve all been waiting for — a PVC figure of Milo, and a set of die-cast Scorpio Cloth! The spiffy ‘book-box’ opens to reveal that it consists of two window boxes; in one window box is a really well-articulated figure of Milo, along with some of his Cloth parts, helmet, etc. In the other half is the rest of his Scorpio Cloth and the Scorpio Object (for holding the armour when it’s not on Milo). A beautiful set for all saint seiya fans of the series! 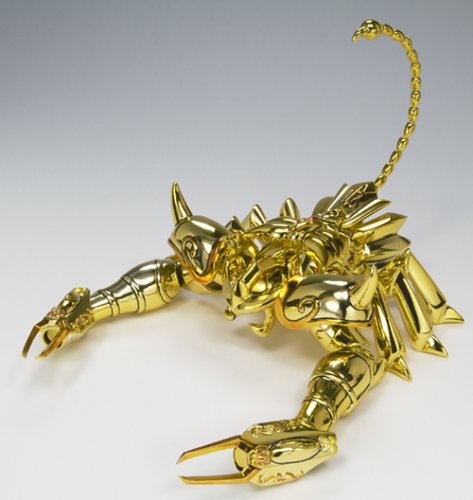 Scorpio Milo (蠍座のミロ, Sukōpion no Miro) is Milo is the Scorpio Gold Saint. He is the guardian of the 8th House in the Sanctuary, the Scorpio Temple. Since his main technique inflicts immense pain to its victims, Milo always gives his opponents the option to either surrender, or become insane due to the unbearable pain. He also sees great importance in the pride of the Gold Saints and seems to be always ready to clean the name of his companions. Even so, he is a noble warrior who can admit defeat even against a weaker or inferior enemy. Since Milo fought Hyoga, he spoke to Aquarius Camus in a way that led the fans to believe they were close friends. Apparently, this was made official since the anime adaptation of the Hades arc of the manga included more interaction between them and they are depicted as friends in Saint Seiya Episode G. 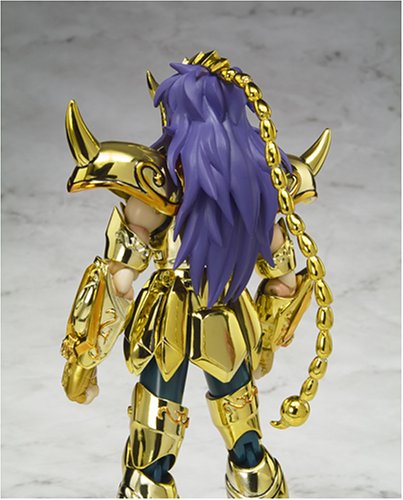 Power and abilities:
Milo had mastered the 7th sense, so he is able to move freely at the speed of light. It is also implied that he reached the 8th sense to wake up in Cocytos. His fighting style seems to rely upon quick movements. His secret techniques are