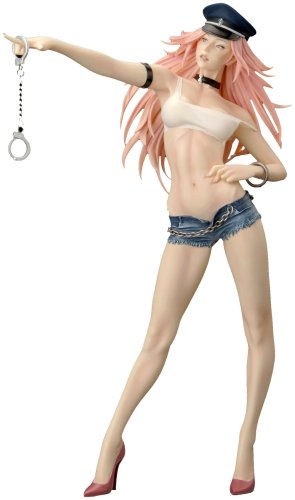 From Capcom’s Final Fight (Game), this is Capcom Girls Collection : Poison PVC Statue . Poison is a video game character from the Final Fight series, created by Akiman for Capcom. Introduced in the first Final Fight along with similar character Roxy she is popular enough with the Capcom staff to appear in many other artworks as cameos, and is one of the few characters from the series to move onto lesser but present story involvements in the main Street Fighter series. 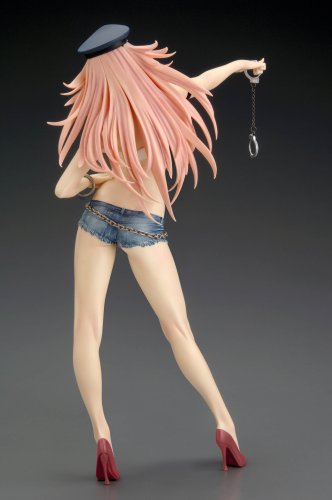 Beyond the Final Fight series, Poison has appeared as a cameo character alongside Street Fighter III character Hugo in his subsequent appearances. She was planned to appear in Capcom Fighting All Stars, but the game was canceled. She was also slated to appeared in Final Fight Streetwise, but much like Sodom, was cut from the final game. However, voice samples for Poison/Roxy still exist in Streetwise’s data files, and can be heard via several PlayStation sound ripping tools such as PSound.