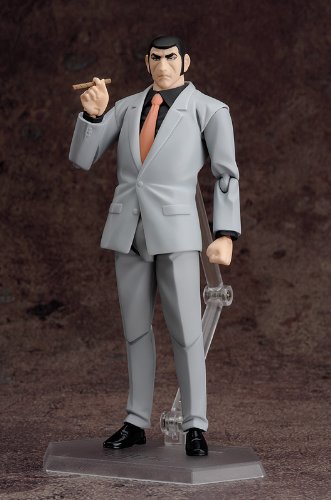 From manga and anime, Golgo 13, this is Golgo 13 : Duke Togo PVC Figma Figure . A man’s world that anyone would yearn for. Even better with a di:stage included! From ‘Golgo 13’, a manga and anime series that began back in the 1960s, comes a figma of the professional assassin, Duke Togo. 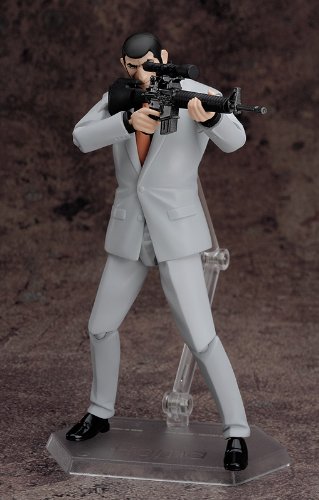 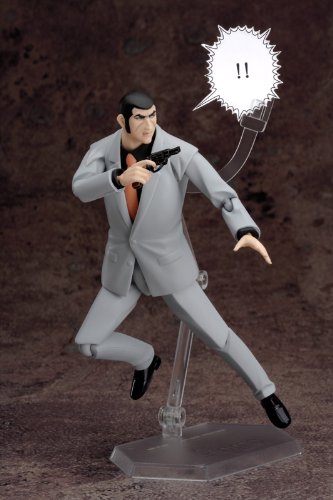 Golgo 13, also known by the pseudonym Duke Togo, is a professional assassin. His age and birthplace are unknown and there is no consensus in the worldwide intelligence community as to his true identity. Most of his jobs are completed through the use of a customized, scoped M16 rifle. 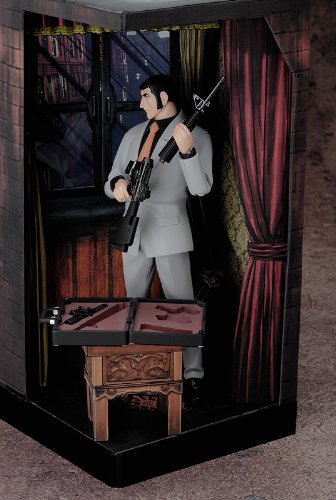 Duke’s alias (“Golgo 13”) contains references to the death of Jesus Christ. Golgo is short for Golgotha, the place of Jesus’ crucifixion.The number 13 is considered an unlucky number in Christianity because there were thirteen participants at Jesus’ Last Supper before his execution. Also, Golgo 13’s logo is a skeleton wearing a Crown of Thorns. 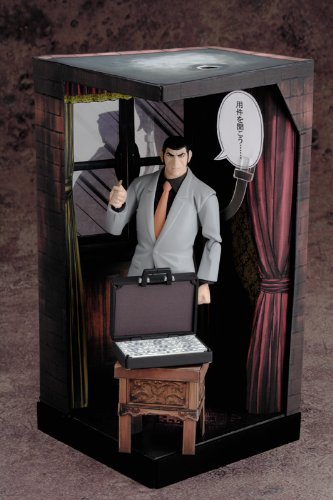 The origin of Golgo 13 is left in complete mystery, his age and birthplace both completely unknown. Various episodes throughout the Golgo 13 series have tried answering this mystery, but all of the origin episodes end with a note of uncertainty that never make sense if the story’s theory was definitely true. See details