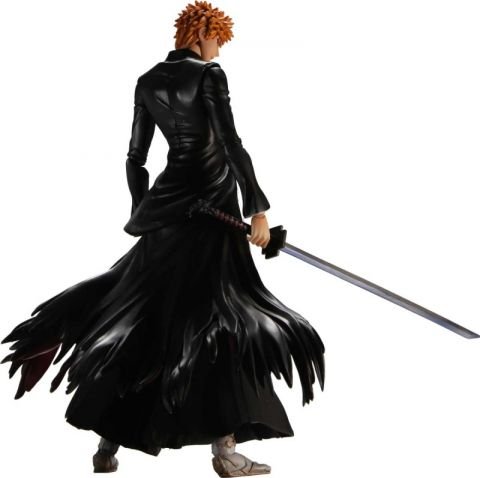 From anime and manga Bleach, this is Bleach : Ichigo Kurosaki in Bankai Form Play Arts Kai Action Figure . The protagonist teenager with trademark orange hair. After a surprise encounter with the Soul Reaper Rukia, Ichigo accidentally absorbs much of Rukia’s speical abilities to fight supernatural beings and as a result becomes a Soul Reaper himself. 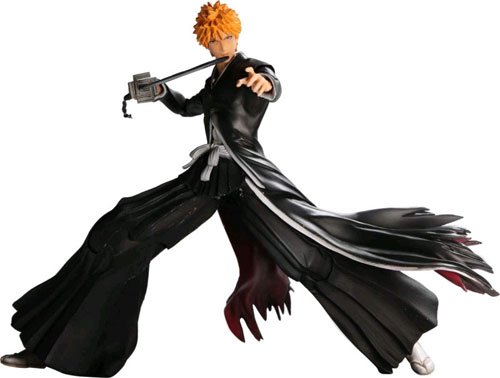 The Bankai (卍解, Final Release) is the second and final upgraded form of a Zanpakutō. To achieve Bankai, one must be able to materialize and subjugate their Zanpakutō spirit. Materialization means the opposite of getting dragged into the Zanpakutō’s inner world. Instead the wielder needs to summon the Zanpakutō’s spirit into the physical world. It usually takes 10 years or more to achieve, plus the experience needed to master it. 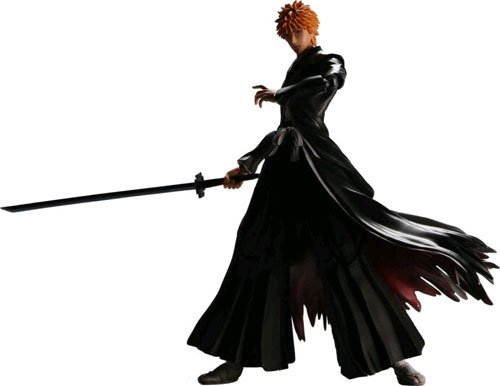 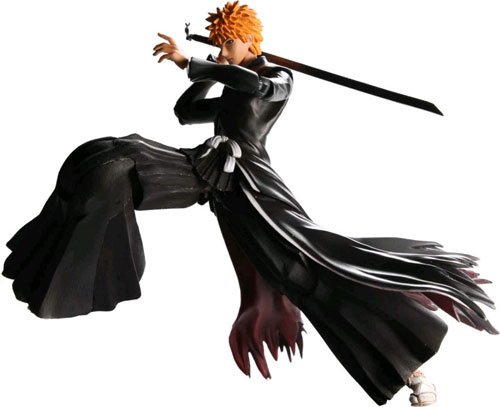 Ichigo Kurosaki’s bankai is Tensa Zangetsu (天鎖斬月, Heaven Chain Slaying Moon): It is considered completely out of the ordinary for any Zanpakutō. Unlike most Bankai forms, which usually create some sort of massive creature or effect, Ichigo’s Bankai actually shrinks his sword down to a daitō (Japanese long sword) with a black blade instead. The cross guard has four prongs bent out to form the shape of the manji (which is the kanji for “ban,” meaning “full”, as in “full release”). The blade itself can endure even the strongest of attacks, making it quite effective in blocking and deflecting incoming attacks; it can even withstand getting crushed by force. 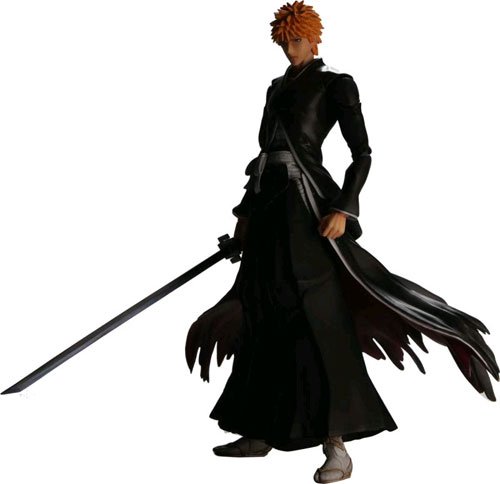 After his training in the Dangai Precipice World, Ichigo’s bankai has changed slightly. While he still maintains the daitō with the black blade. The cross guard has changed to the four prongs expanding out larger from its previous position. See details