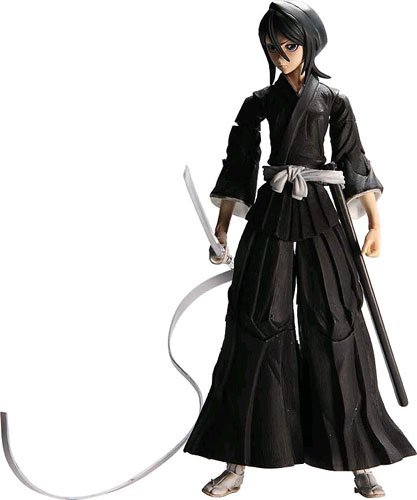 From anime and manga Bleach, this is Bleach : Rukia Kuchiki Shinigami Play Arts Kai Action Figure . This figure stands around 8.2 inches tall and it comes with a sword, not only the model detail was great on this figure and the painting was fantastic. 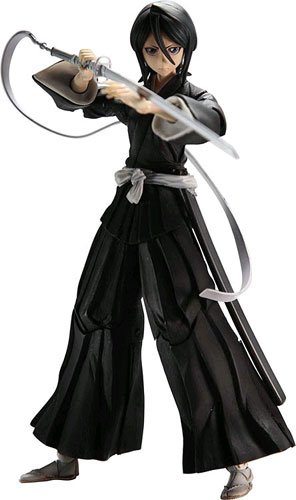 Rukia Kuchiki (朽木 ルキア, Kuchiki Rukia) is an unseated Shinigami in the 13th Division under Captain Jūshirō Ukitake. Rukia is the younger sister of Hisana Kuchiki, and the adoptive sister of Byakuya Kuchiki, as well as a friend of Ichigo Kurosaki.

Rukia’s greatest strength is her knowledge of Kidō, amongst her known skills are those for binding, healing, purifying, and destruction. As a Shinigami, Rukia has a great amount of durability. She was able to withstand being impaled by Aaroniero’s Nejibana, in conjunction with his Glotonería, and finish him off before losing consciousness. She was also seen in a Gigai fighting enemies with her physical strength (kicking, punching, etc.). 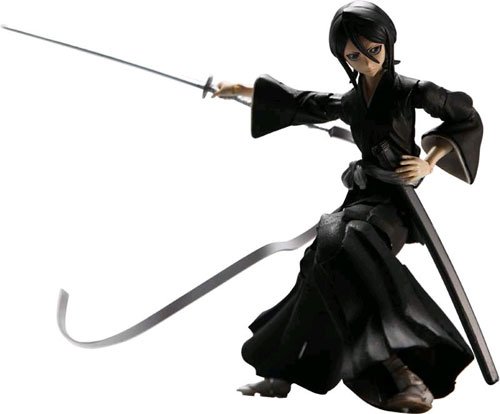 Rukia’s Zanpakutō is Sode no Shirayuki (袖白雪, Sleeved White Snow): In its sealed form, Sode no Shirayuki is a normal katana with a rectangular tsuba with inward-curved corners with curved slits above and below the blade and a series of curved lines embossed on either side of the blade. It has a reddish-brown hilt. See details