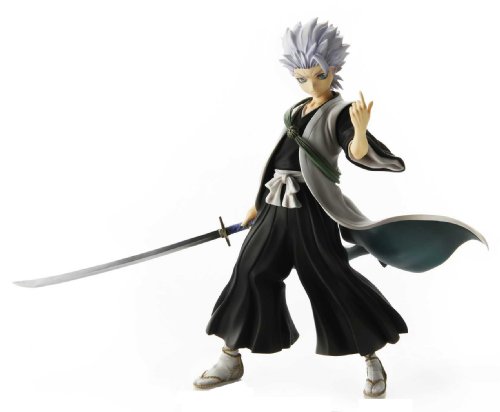 From anime and manga Bleach, this is Bleach : Toshiro Hitsugaya Captain 10th Division PVC Figure 1/8 Scale . He is the captain of the 10th Division in the Gotei 13. His lieutenant is Rangiku Matsumoto. Hitsugaya is the lead character of the Bleach-based film The DiamondDust Rebellion. 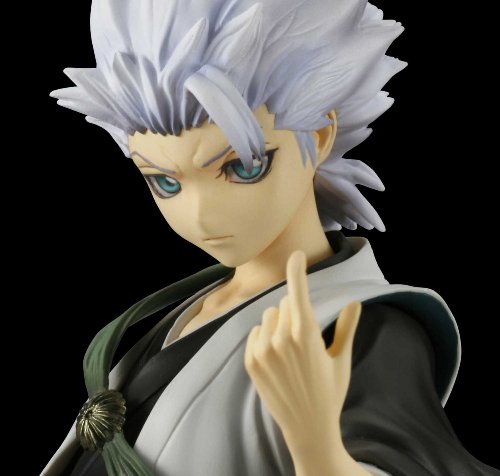 Tōshirō Hitsugaya (日番谷 冬獅郎, Hitsugaya Tōshirō) is the captain of the 10th Division and the youngest captain in the history of Soul Society. He is very young (and a midget) by Soul Society standards. Born in Rukongai, he became the youngest ever to reach captain rank. Thus, he is called a “boy genius” or a “child prodigy” by many. Hitsugaya is generally mature and serious, in contrast to his free-spirited lieutenant, Rangiku Matsumoto, although he can sometimes be short-tempered and irritable. Despite their personality differences, he and Matsumoto seem to be very close. Hitsugaya is shown to also be easily irked by others goofing off or drawing unneeded attention to themselves, as shown when he led a team of Soul Reapers (himself, Rangiku Matsumoto, Renji Abarai, Ikkaku Madarame, and Yumichika Ayasegawa) into Ichigo Kurosaki’s school. He hates anything that he deems childish and hates being described as something close to a child, evident in a filler episode when he meets Ichigo’s sister, Karin, who pats him over the head further angering him. This is also shown more in the omake chapters, where he is repeatedly mistaken for a child, much to his annoyance. Despite calling it a child’s game, he is shown to be extremely good at soccer, easily beating a jr. high school team and also met Ichigo Kurosakis younger sister Karin while doing so. 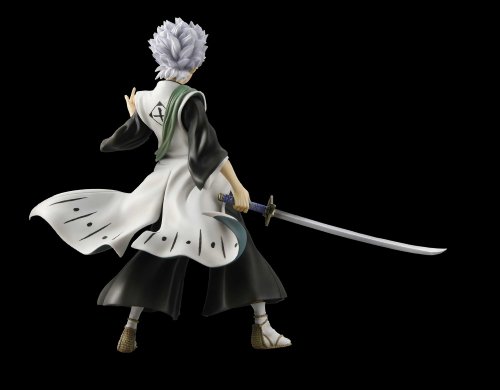 Hitsugaya’s intuition is extremely sharp, and he is the first person to correctly suspect Gin Ichimaru of foul play, though he understandably did not suspect Sōsuke Aizen of the same. He is very protective of Momo Hinamori, due to the fact that they grew up together, promising to kill those who harm her. 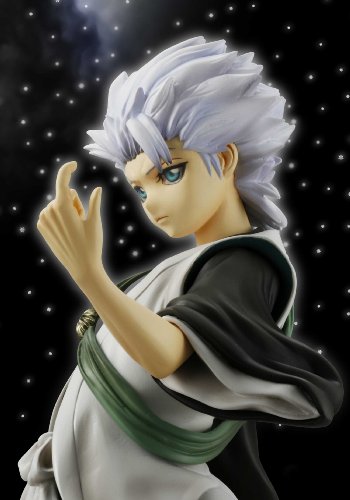 Hitsugaya’s zanpakutō is Hyōrinmaru (氷輪丸, literally “ice ring”, idiomatically “full moon”). Hyōrinmaru’s shikai command is “Reign over the frosted heavens” or, alternately, “Reign over the frosted, frozen sky” (霜天に坐せ, sōten ni zase, literally “Sit upon the frozen heavens”). Hyōrinmaru is the strongest of all ice/snow element zanpakutō in Soul Society. Hyōrinmaru’s spirit is a winged Chinese dragon made of ice, while in the Zanpakutō Unknown Tales anime arc it takes the form of a amnesic man with long green hair and a blue x-shaped scar on his face, being calm and quiet most of the time. Hyōrinmaru allows Hitsugaya to control ice and snow. The slashes created by Hyōrinmaru gives off an immense amount of spirit power which overflows from the tip of the blade, creating a flow of ice vaguely shaped like Hyōrinmaru’s dragon spirit. The dragon flies at opponents and instantly freezes anything it touches. The chain-blade also freezes anything Hitsugaya traps with it. See details