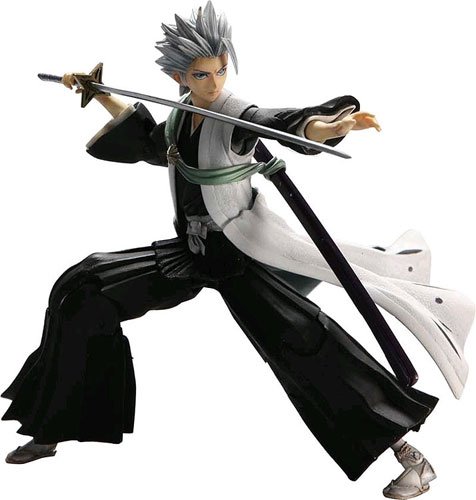 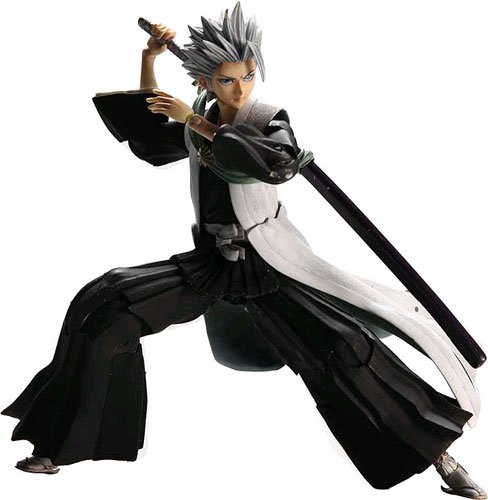 Known as a child prodigy, Toshiro accomplishes his missions in a calm and collected manner. Bleach, by Tite Kubo, has been a phenomenal success in Japan, spawning off a widely popular anime series and video game. 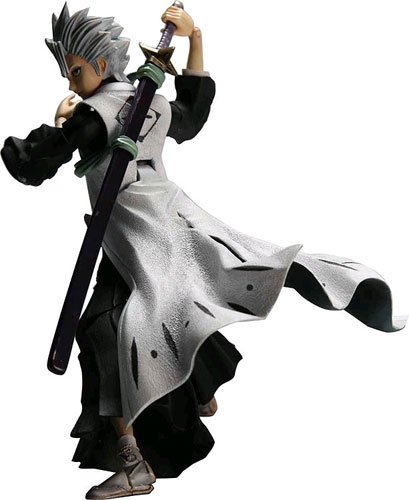 He is the captain of the 10th Division in the Gotei 13. His lieutenant is Rangiku Matsumoto. Hitsugaya is the lead character of the Bleach-based film The DiamondDust Rebellion. He is very young (and a midget) by Soul Society standards. Born in Rukongai, he became the youngest ever to reach captain rank. Thus, he is called a “boy genius” or a “child prodigy” by many. 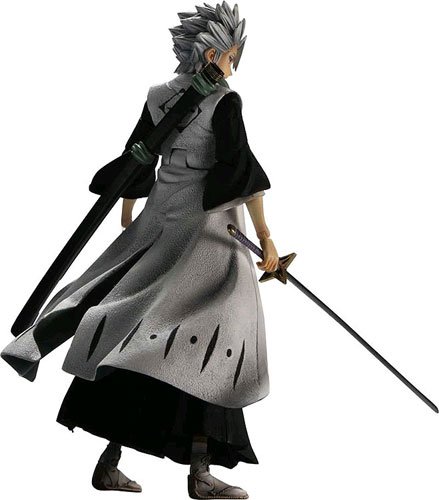 Hitsugaya’s intuition is extremely sharp, and he is the first person to correctly suspect Gin Ichimaru of foul play, though he understandably did not suspect Sōsuke Aizen of the same. He is very protective of Momo Hinamori, due to the fact that they grew up together, promising to kill those who harm her. See details