From Japanese anime television series, this is Angel Beats! : Yuzuru Otonashi, Tenshi, and Yui Nendoroid PVC Figures . Each figure comes with optional items, such as Tenshi’s Hand Sonic parts, Otonashi’s gun and Yui’s guitar, allowing for a variety of different poses and scenes to be remade in Nendoroid form. Tenshi also comes with two facial expressions: her standard emotionless face, as well as the smiling face that she showed in the final episode.” 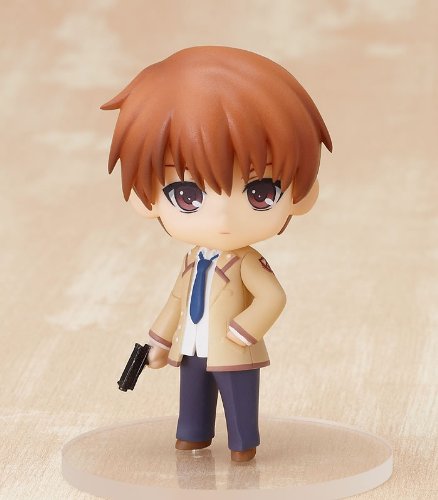 Yuzuru Otonashi (音無 結弦, Otonashi Yuzuru) is the main protagonist of Angel Beats!. Due to his past, he has a caring personality and does not want anyone to experience pain or sadness. After dying, he lost his memories of the time when he was still alive, but later regains them. 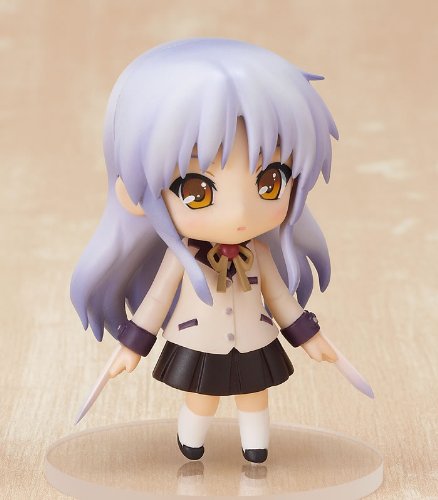 Angel or Tenshi (天使, Tenshi) / Kanade Tachibana (立華 かなで, Tachibana Kanade) is the student council president at the afterlife school. This places her at odds with the SSS as her responsibilities require her to suppress delinquency and other disruptive activities that the team does. The SSS initially calls her “Angel” since they do not know her real name, but they still refer to her by it even after finding out her real name to be Kanade Tachibana. 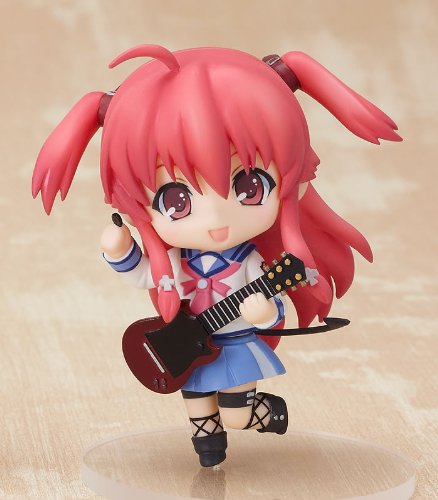 Yui (ユイ) is a big fan and initially an assistant to Girls Dead Monster. She is known to be hyperactive and talks extremely fast. Hinata finds Yui annoying, which results in bouts between the two of them though in truth, they truly care about one another, saying that had they met before they died, they would have fallen in love with each other. See details