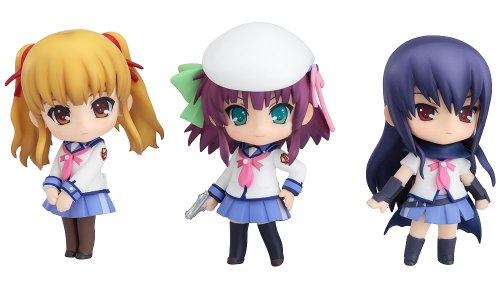 From Japanese anime television series, this is Angel Beats! : Yuri, Shiina and Yusa Nendoroid PVC Figure . Three of the girls from the “Afterlife War Front”. The adorable girls that fight in the afterlife! The set comes with a variety of optional parts that tie in with the series, such as Yuri’s pistol, and Shiina’s short swords. Yuri also comes with both a smiling face and an angry face, leaving you able to recreate the Angel Beats world in a variety of different ways! 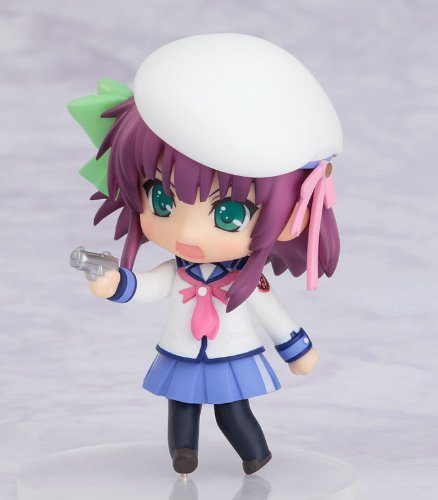 Yuri Nakamura (仲村 ゆり, Nakamura Yuri), also known as Yurippe (ゆりっぺ), has a determined personality and invites Otonashi to join the SSS, an organization she founded and leads which fights against God. She is smart and decisive when making operations and decisions. She carries a silver Beretta 92 but is seen using a TDI Vector, CheyTac Intervention, and Mk 18 Mod 0 CQBR with a drum magazine. 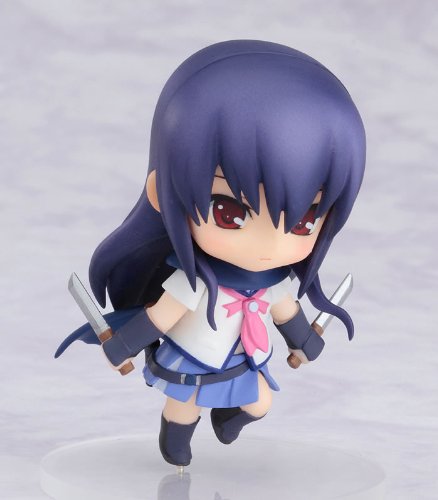 Shiina (椎名) is a female ninja who fights with dual-wielding kodachi and shuriken. She is able to sense when danger is coming and is a highly capable fighter. Despite her serious demeanor, she has a weakness for cute things like stuffed animals. 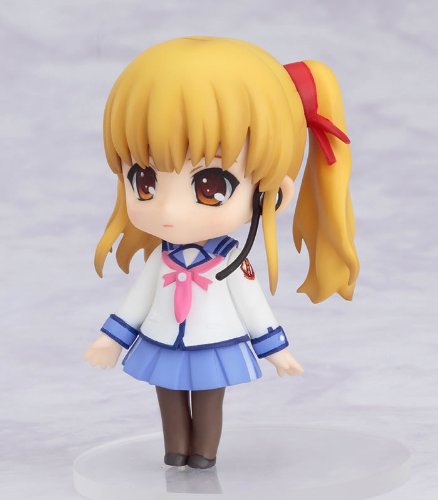 Yusa (遊佐) is an operator in the SSS who conveys the state of the battlefield to Yuri. She is a calm and gentle mannered girl with a straightforward character. Much like Angel, she does not express her emotions and is called scary by Otonashi and Hinata. See details