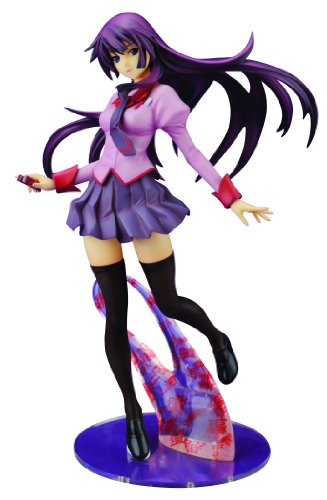 From a Japanese light novel series, this is Bakemonogatari : Hitagi Senjogahara PVC Statue 1/8 Scale . Posed atop a translucent “omoshigani” monster-inspired base, the mysterious weightless girl floats in the air with a stunning grace. Dressed in a school outfit with long shirt and pleated skirt in purple and pink complete with matching tie and black stockings, Hitagi looks beautiful with a traditional “tsundere” character face that’s a bit sharp yet seductive at the same time. 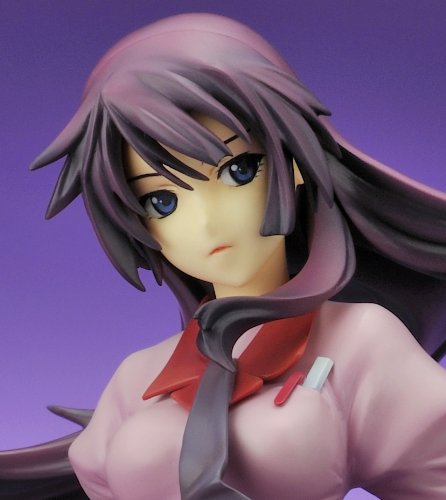 Her long flowing purple hair adds a heightened sense of movement to the already dynamic figure, and she even has a ruler and ball point pen in her shirt pocket! You can display Hitagi with or without her trademark stapler in her hand. Sculpted by Shiketaudonko, Senjogahara stands 1/8th scale and is constructed of high-quality pvc plastic. 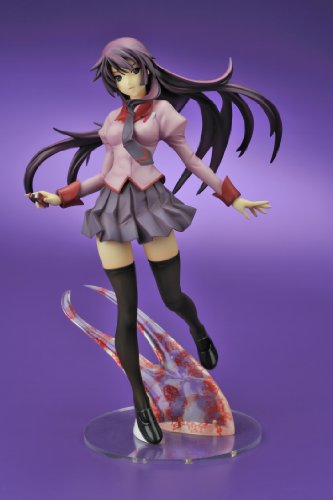 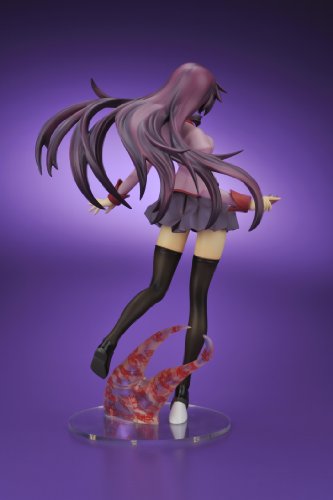 Hitagi Senjōgahara (戦場ヶ原 ひたぎ, Senjōgahara Hitagi), the main character of Hitagi Crab, is a weak-looking girl with an “incurable disease”. She is in the same class as Koyomi, but he has almost never heard her speak. When she was in the first year of high school, she encountered a mysterious crab, after which she became weightless. 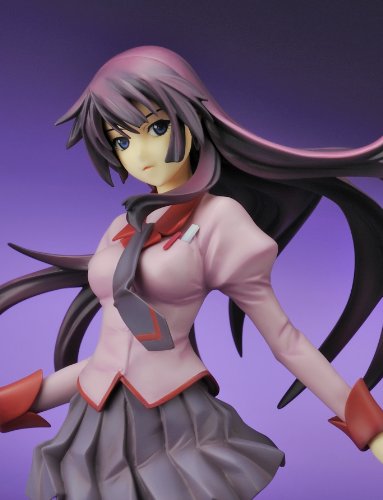 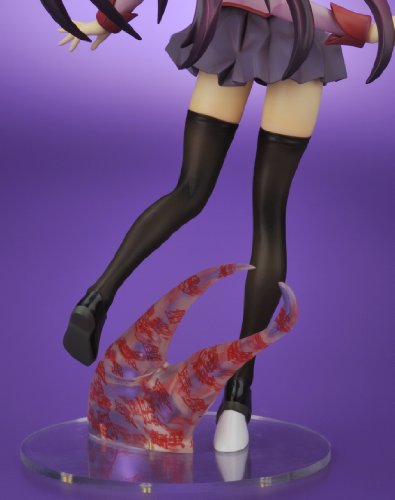 Ever since, she has avoided contact with everyone else, threatening everyone who discovers her secret. She called herself a tsundere and always speaks in an abusive style. At the end of Mayoi Snail, she admits that she loves Koyomi, and subsequently enters into a relationship with him. After the events in Tsukihi Phoenix, she overcame all of her trauma, and finally became a completely common cheerful girl. She starts calling Araragi with a cute nickname, chuckling at small things and sending e-mails full of Emojis, although her sharp tongue is still there, but toned down. She seems to also have a father complex, getting excited when she uses her father’s blanket that she gets so excited that she can’t fall asleep. See details