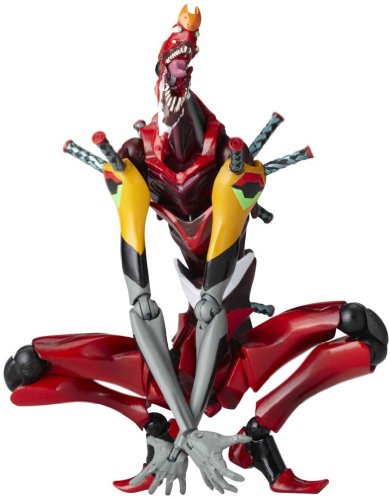 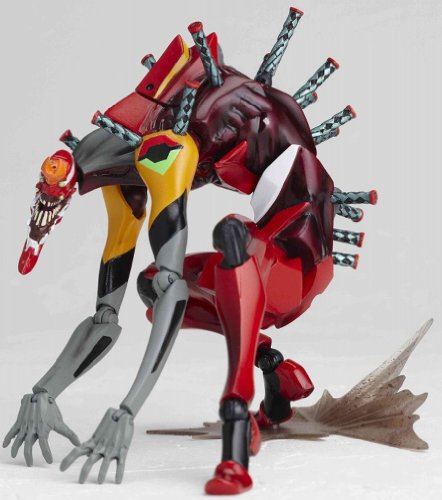 Unit 02 (弐号機, Nigōki),built by Nerv Germany, is the first Production Model Eva. It is piloted by Asuka Langley Soryu and is the first Evangelion built specifically for combat. Unlike Unit 01, it only goes truly “berserk” once, just before its destruction. It has achieved an unusually high sync ratio with its pilot(s). The Eva’s armor is primarily red with yellow and white on the arms and head. As a result of being constructed by Nerv Germany, and also as an accommodation for its three-quarters-German pilot, its default language setting is German. It is known to contain the maternal part of the soul of Asuka’s mother. 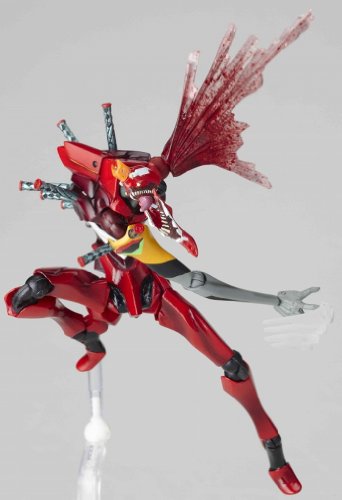 Unit 02 features a different progressive knife from earlier Eva units as well as an internal weapon rack in the right shoulder binder which fires dart-like weapons. It has brown skin and four orange eyes, first seen when the MP Evas tear it apart. These eyes are normally hidden by its head armor, with four green optical sensors handling vision. Its head armor is hinged in two places, allowing the eyes to be exposed when the Eva reaches a high synch ratio. 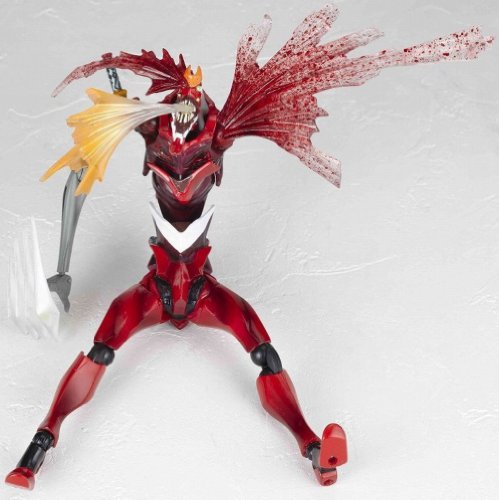 In the Evangelion: 2.0 You Can (Not) Advance film, it is shown that Unit 02’s helmet is redesigned to have what look like oni horns, and that its shoulder pylons are equipped with a pair of bladed weapons. It also sports more white in several places on its body. Of note, the Eva is able to open its mouth in Rebuild, which was not the case with the original. However, it seems to have lost the capability to partially ‘open’ its helmet to expose its organic eyes. 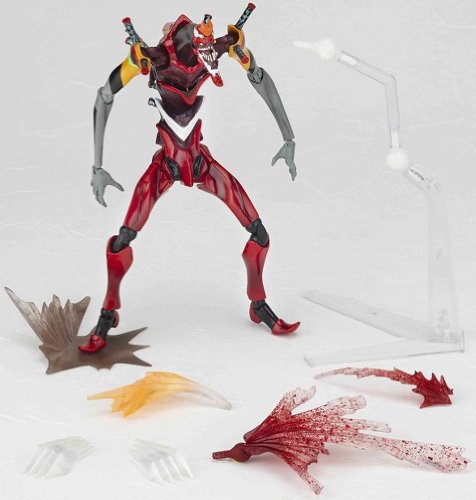 Later in the film, Unit 02 is placed into storage in accordance with The Vatican Treaty- a law stating that no nation can have more than 3 Active Evas- and with Unit 03 arriving from America Gendo decided Unit 02 would be the mothballed Unit. Mari later hijacks Unit 02 to fight Zeruel, and in desperation, activates Unit 02’s Beast Mode which significantly increases its combat ability and gives it a more animalistic appearance. However, Mari is unable to defeat the Angel and Unit 02 is severely damaged, losing its left arm and part of its head. See details