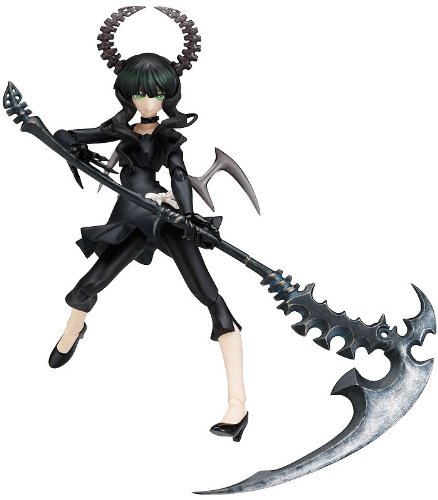 From the anime Black Rock Shooter, this is Black Rock Shooter : Dead Master Character Figma Action Figure , the Black Rock Shooter’s rival, Dead Master. Using the smooth yet poseable joints of figma, you can act out a variety of different scenes. She comes with two expressions: a smiling face as well as insidious expression with her tongue out. Her jet-black scythe, “Dead Scythe” has been given a metallic appearance which gives it an eerie air. The stand includes two giant skulls. You recreate the action scenes from the series in all their glory! A poseable figma stand is included, which allows various poses to be taken. 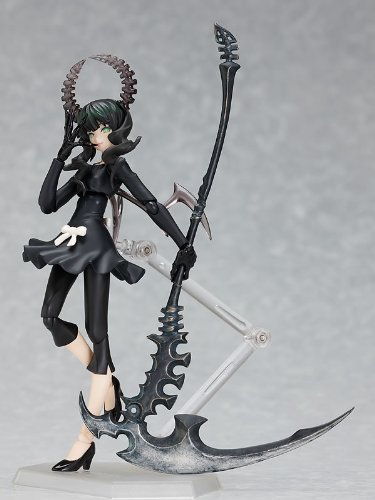 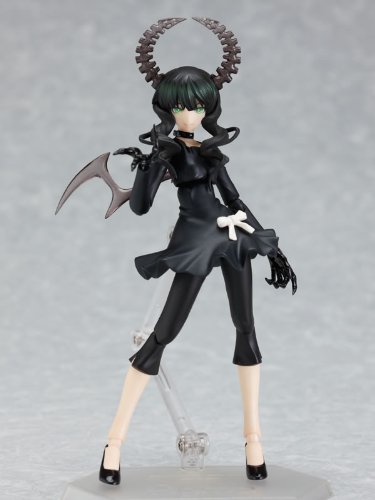 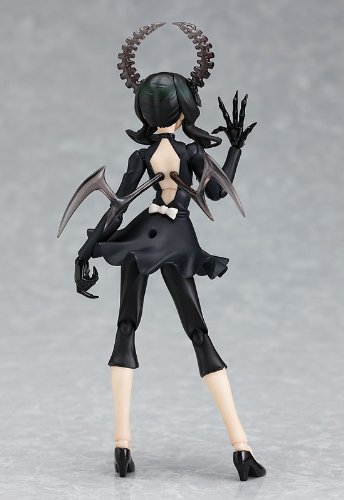 Dead Master (デッドマスター, Deddo Masutā) is Black Rock Shooter’s antagonist and Yomi’s darkened persona. She merged with Yomi after she became jealous of Yuu and was taken to the “Other World.” She is also the only “Other World” character to be shown in the Human World, albeit very briefly. Similar to a Gothic Lolita costume, Dead Master’s clothing consists of a black dress and a black bolero; her dress extends down to her thighs and is accented with a white ribbon attached to her waist. She also wears a pair of leggings and a pair of black pumps. She wears a pair of black gauntlets on each hand. 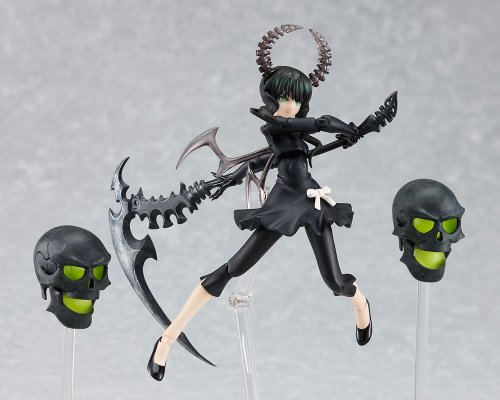 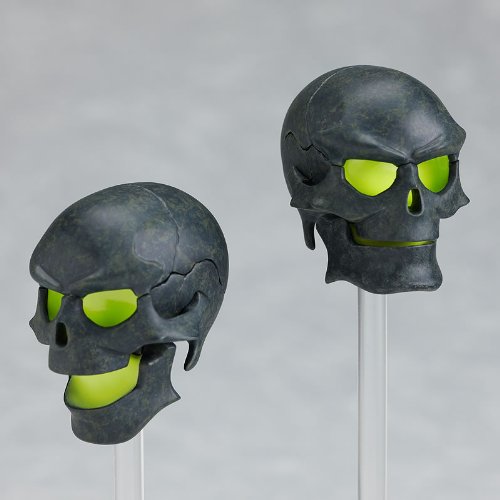 Her most striking physical feature is her two black horns made of black vertebrae. She uses three weapons in her battle with Black Rock Shooter. Her primary weapon is her Dead Scythe. It has multiple short scythes under the main scythe blade and a vertebra-like feature at the end of the handle. The Dead Scythe serves as her close quarters combat weapon, but is destroyed in battle when Black Rock Shooter shoots its main blade off with her cannon. 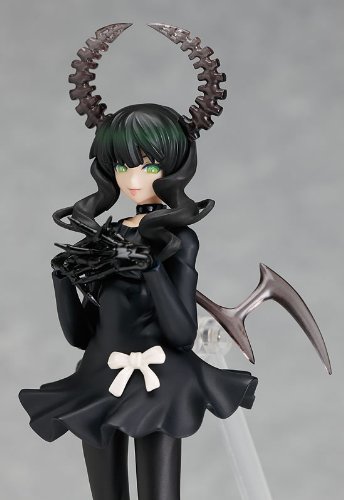