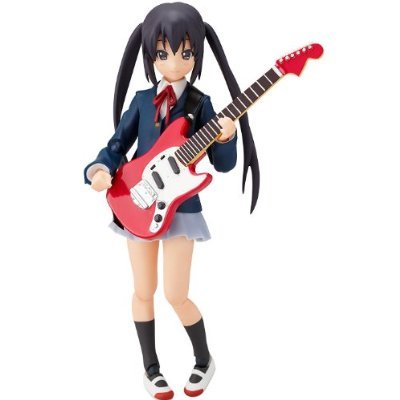 From the anime series K-On! This is K-On! : Azusa Nakano Figma Figure With Guitar . Comes a figma of the hard-working rhythm guitarist and first year student – Azusa Nakano! Using the smooth yet poseable joints of figma, you can act out various scenes. A flexible plastic is used for areas such as the blazer and skirt, allowing proportions to be kept, without compromising posability. Three expressions are included: A smiling face, an upset face and an embarrassed face. Her guitar is included with a guitar strap. Just like Yui and Mio, the guitar also has it’s very own case included. The cat ears that featured in episode 9 of the anime are included, and suit her embarrassed face perfectly! They can also be attached to other characters. A poseable figma stand is included, which allows various poses to be taken. 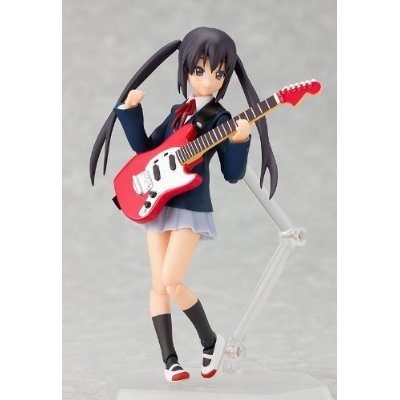 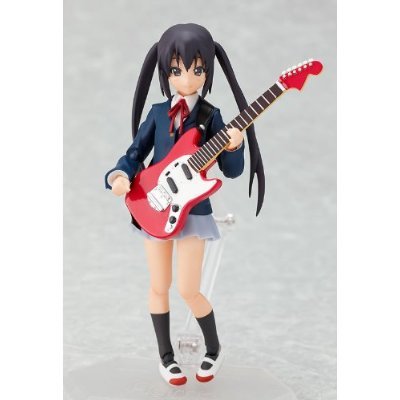 Azusa Nakano (中野 梓, Nakano Azusa) is a student in the same year and class as Yui’s sister Ui, who joins the light music club and becomes the rhythm guitarist, playing a Fender Mustang electric guitar. She eventually names her guitar Mu, as it is a Mustang. She is a self-proclaimed novice guitarist who has been playing the guitar since she was in the fourth grade, and her parents are working in a jazz band. 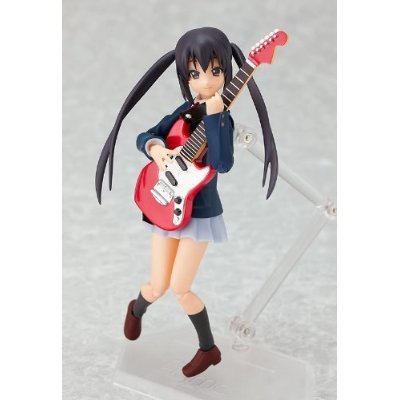 She often finds herself bewildered by the tea parties and cosplaying aspects of the club, when she would rather just practice, and is curious about how the club is able to play so well despite their problems and lack of practice. However, she has a certain weakness for cakes and can be calmed down rather easily, sometimes by just being petted. She is constantly a victim of Yui’s skinship and is nicknamed Azu-nyan after trying on a pair of cat ears and meowing (“nyan” being the equivalent of “meow” in the Japanese vocabulary). Despite this, Azusa is not too good with cats. Azusa has long black hair, which she wears in pigtails, and brown eyes. 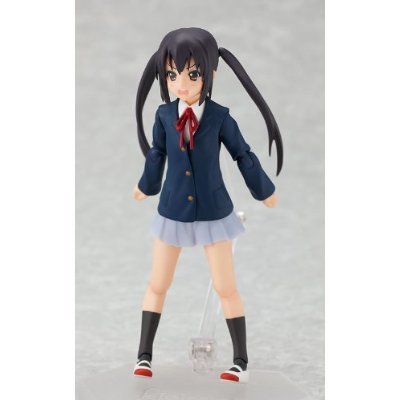 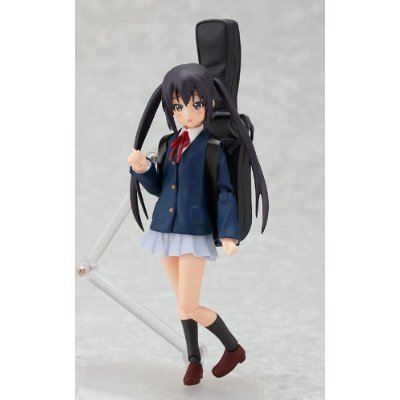 In the band, she looks up to Mio the most due to her maturity and the fact that she is an experienced bassist, even trying to give Mio chocolate on Valentine’s Day. However, she sometimes unintentionally makes remarks concerning Mio’s weaknesses, such as her weight. She also finds Mugi very beautiful, and envies her hair and large eyes, and later starts teaching her how to play guitar when the two are alone in the club room. Since joining, Yui comes to her for advice on playing guitar, as well as maintenance. 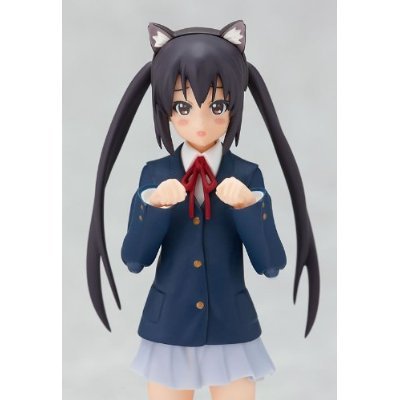 She gets a tan extremely easily, once during their time at the beach and another during a music festival (even after applying sunscreen). As a result, she frequently gets sunburned as well. She gets lonely very easily, and often worries that everyone in the club will leave her, as they are one year older and eventually will graduate. Due to this, the rest of the girls buy her a turtle to look after, naming it Ton. Outside of the band, she often hangs out with Ui and Jun whenever the other girls are busy. When the others graduate, she becomes the new light music club president. See details