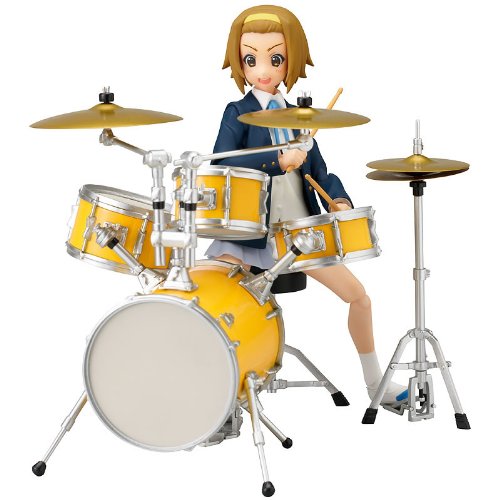 From the popular anime K-On! This is K-On! : Ritsu Tainaka Figma Figure With Drumset . Comes the much awaited inspirational drummer of Sakura High School’s music club, Ritsu Tainaka! Using the smooth yet poseable joints of figma, you can act out various scenes. A flexible plastic is used for areas such as the blazer and skirt, allowing proportions to be kept, without compromising posability.Three facial expressions are included: Two different smiling faces perfect for Ritsu, as well as a stunned expression. Additionally, two different “bumps” are included to place on her head, to recreate all those times she was hit. Hand parts to hold her drum sticks, along with various other hand parts are included. Her entire drum set has been included. You can set her up with Yui, Mio and Tsumugi and recreate their live performance in figma style!A poseable figma stand is included, which allows various poses to be taken. 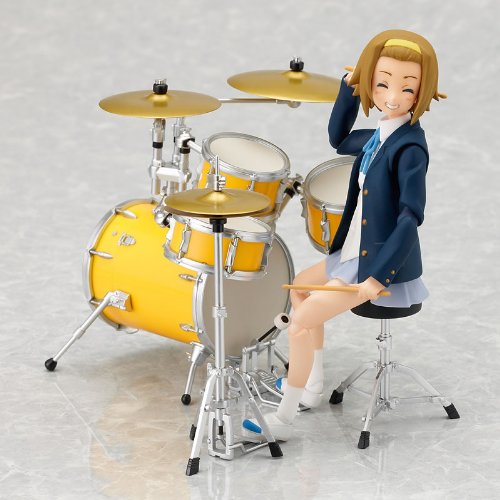 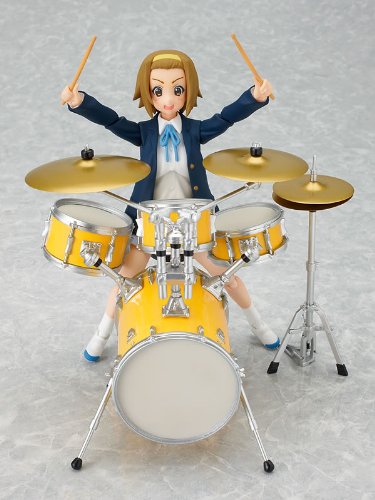 Ritsu Tainaka (田井中 律, Tainaka Ritsu) or Ricchan, as nicknamed by Yui is the self-proclaimed president of the light music club and plays a yellow Rick Marotta Signature Yamaha Hipgig drum kit with an add-on floor tom (in the opening credits only) combined with a cymbal set from Avedis Zildjian, though is shown playing a white Yamaha Absolute Series drumkit in the anime’s closing credits. She has an ambiguous yet upbeat personality, much like Yui, but often has trouble remembering important club activities and announcements and gets constantly rebuked by Mio and Nodoka for forgetting to send in important forms concerning the club. 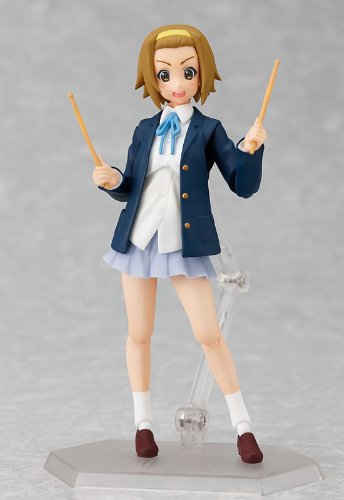 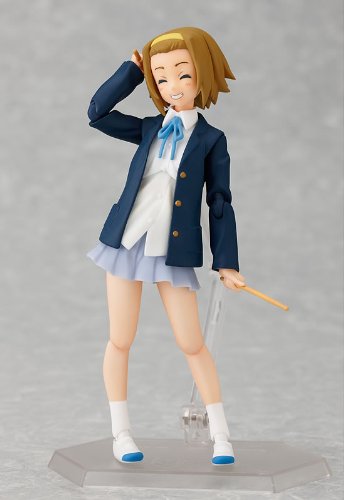 Ritsu is cheerful, often likes making jokes and is sarcastic most of the time. She is skilled at brainstorming ideas that earn money for the club. Ritsu has shoulder-length, brown hair, with her bangs pulled back with a yellow hairband, and gold-colored eyes. She wears her school jacket open. She says she chose to play the drums because they are “cool”, but she then admits that she has trouble playing instruments which involve intricate finger movements, such as the bass, guitar and keyboard. 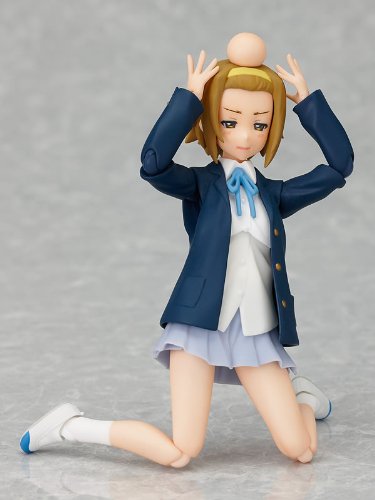 She is a childhood friend of Mio and will often have the opportunity to tease her whenever she is cowering from something. She is also known to become easily jealous of Mio’s other high school friends, even going as far as spying on her when on outings with them. Ritsu is always on the go and will stop at nothing for the success of the light music club. Despite her rough mannerisms and speech, she gets cast as Juliet by the majority of her classmates in their class play rendition of Romeo and Juliet and, in the end, manages to act like a proper girl. In the anime, she states her favorite drummer is Keith Moon of The Who. She is skilled at cooking. She has a younger brother named Satoshi (聡). See details