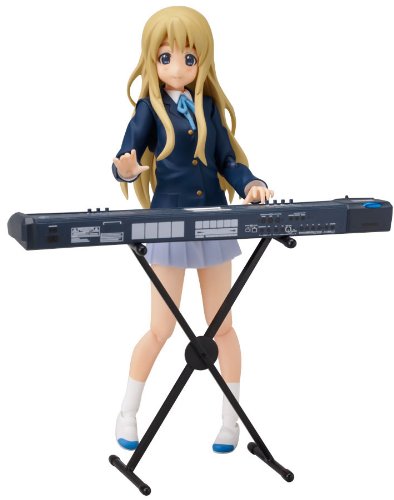 From the anime series K-On! This is K-On! : Tsumugi Kotobuki Figma Figure With Keyboard . Comes the long-awaited figma of the keyboardist from Sakura High’s music club. Using the smooth yet poseable joints of figma, you can act out various scenes. A flexible plastic is used for areas such as the blazer and skirt, allowing proportions to be kept, without compromising posability. Three expressions are included: A smiling face, a delighted face, as well as the expression Tsumugi often gave when she became entranced by something. Her keyboard is included and sculpted down to the finest of details, along with its stand. Various hand parts are included, including poses from her performances. A poseable figma stand is included, which allows various poses to be taken. Height approx 135mm. 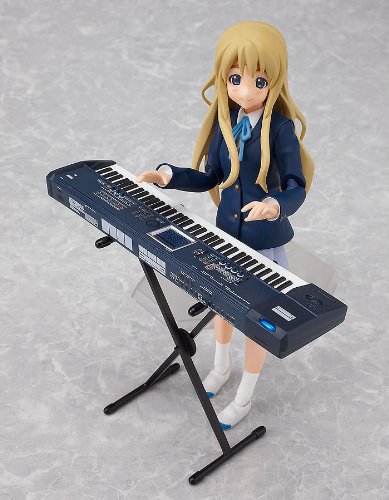 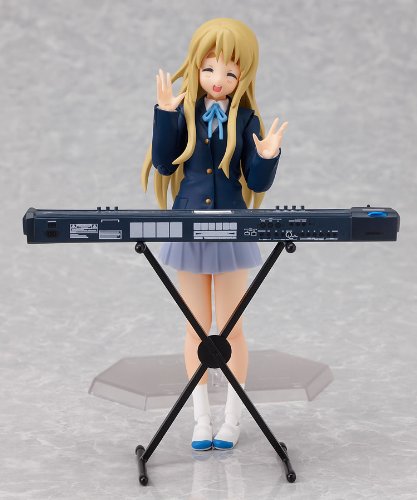 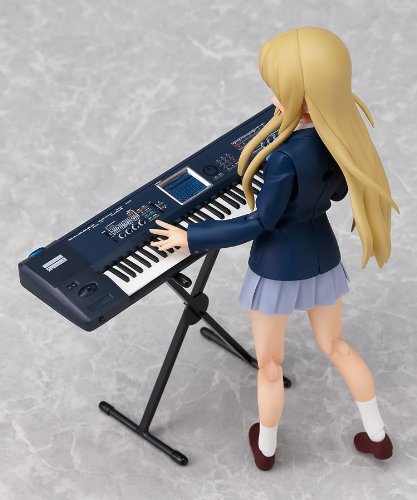 Tsumugi Kotobuki (琴吹 紬, Kotobuki Tsumugi), often referred to as ‘Mugi’ by her friends, is a wealthy girl with a gentle and sweet personality who plays a Korg Triton Extreme 76-key keyboard, though she is also seen playing a Korg RK-100 keytar in the closing credits of the first season. She originally intended to join the choir club, but joins the light music club instead after receiving an invitation and encouragement from both Mio and Ritsu. Tsumugi is considered a piano prodigy since she has been playing the piano since she was four and has experience in winning various piano contests. 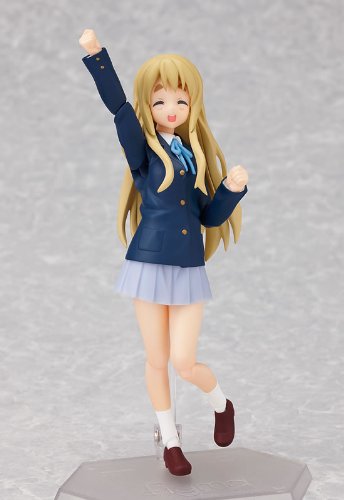 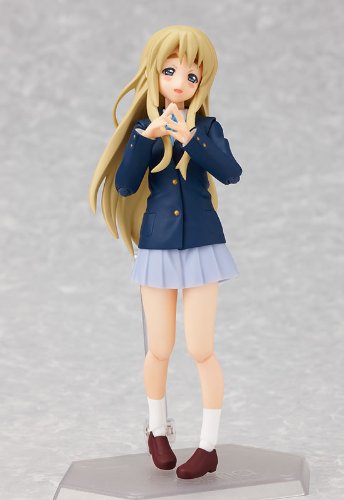 Mugi has long, pale blonde hair, blue eyes, unusually large eyebrows, which apparently run in her family and a fair complexion that the other characters do not have, but she does not get sunburned. She is the daughter of a company president, and her family has several villas in various places around Japan (and even one in Finland). Since her father also owns a maid café, she often brings confectionery and an assortment of sweets and pastries to the club room, and she diligently makes tea with a tea set which is kept in their club room. Despite her wealth, she is fascinated by and finds joy in “normal” activities, such as ordering fast food, sharing french fries with her club mates, holding down part-time jobs and haggling over prices. Tsumugi displays a rebellious streak occasionally, diverting from her normally well-behaved and mature demeanor to the surprise of the others. She also displays a childlike eagerness from time to time, and possesses unusually high strength, being able to effortlessly carry around her own keyboard, Ritsu’s drums, amplifiers, and at one point beating an arm-wrestling game in an arcade. 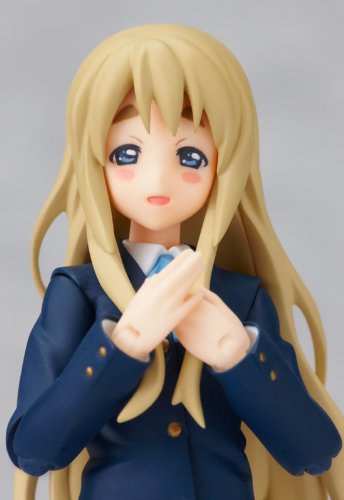 Although she is a sweet and gentle girl, she is often weirdly entranced by the sight of two girls interacting closely together, sometimes imagining something more risqué in her head (both Mio and Ritsu find this awkward at times). The series sometimes indicates that Mugi has a crush on their teacher, Sawako Yamanaka. While a lot of things do not bother her, she is fairly conscious about her weight (just like Mio), and she gets a bit anxious when her family’s staff start spoiling her friends during villa visits. She later begins learning how to play the guitar from Azusa. See details