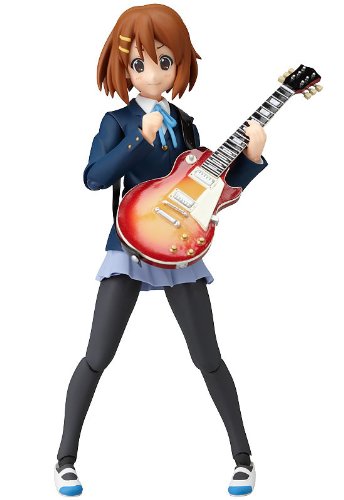 From Japanese four-panel comic strip manga, this is K-On! : Yui Hirasawa Figma Figure With Guitar . Using the smooth yet poseable joints of figma, you can act out various scenes. A flexible plastic is used for areas such as the blazer and skirt, allowing proportions to be kept, without compromising posability. Two expressions are included: a beaming smile perfect for Yui, along with a more tense smile that she often showed in the anime. A blank face and stickers are also included, allowing you to recreate another expression for yourself. Her beloved guitar which she nicknamed ‘Giita’ is included along with a guitar strap – and even a guitar case. A poseable figma stand is included, which allows various poses to be taken. 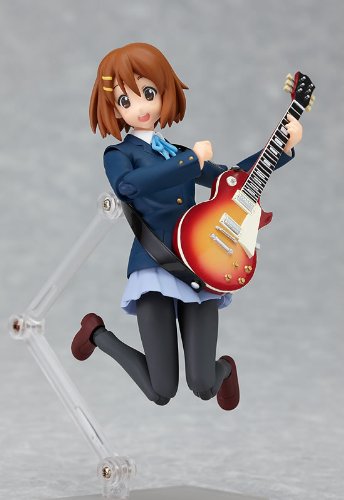 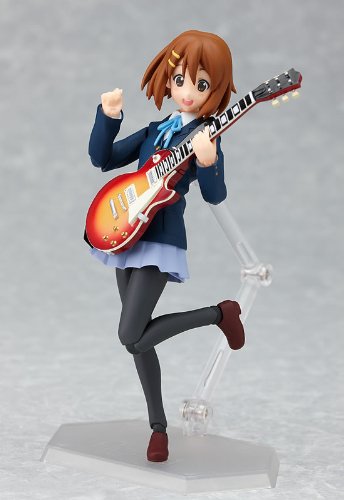 Yui Hirasawa (平沢 唯, Hirasawa Yui) is the main character of K-On!. She is one of the members of the light music club and plays a Heritage Cherry Sunburst Gibson Les Paul Standard electric guitar that she nicknames “Gīta” (ギー太). She does not get good grades in school (though when properly coached, she can achieve astounding results) and is easily distracted by trivialities (mainly those deemed cute and adorable). 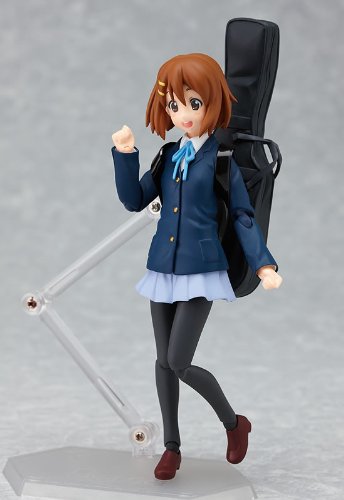 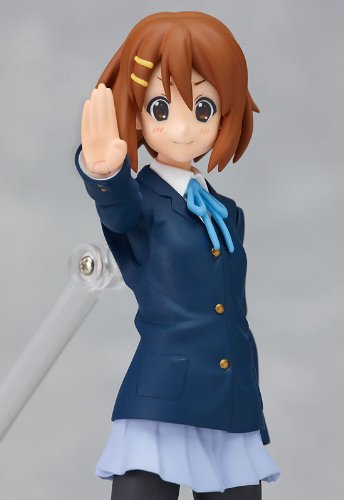 Yui is clumsy and easily spaces out most of the time. Yui has shoulder-length, brown hair (a little longer than Ritsu’s) which she accessorizes with two yellow hair clips, and brown eyes. She takes a huge liking for any kind of food (though she never gains weight, which is greatly envied by Mugi, Mio,and Sawako). She has a younger sister named Ui, who is very mature and acts as the “older sister” of Yui, taking care of her and keeping her in line. Yui works extremely hard to get better at playing guitar, which is shown in later chapters. During performances, Yui plays with amazing energy and joy, which usually results in great response from the audience. 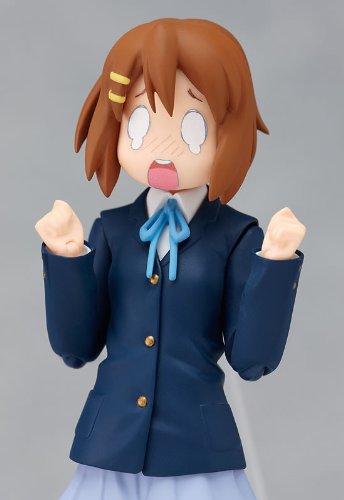 Yui is the band’s main vocalist and lead guitarist and has absolute pitch—she can tune her guitar perfectly without a tuner, which greatly impresses Azusa, who has played the guitar much longer than Yui. She has a very easy-going nature, but has incredible focus and retention when she has a clear goal in sight; unfortunately this is limited to only one subject at a time, and her other skills deteriorate quickly (for example, Yui is at one point pressed to make up failing test scores, and she quickly brings her math skills up to par while allowing her guitar skills to deteriorate.) 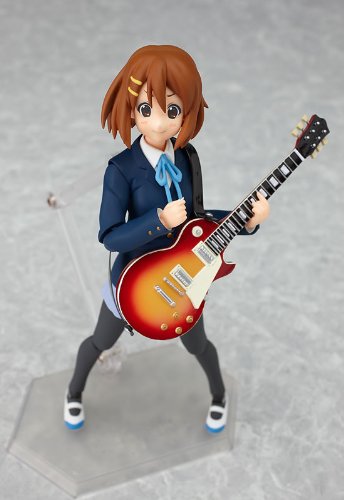 Despite all of this, Yui is still devoted to her band and will always practice hard enough for the club. At school, she has become quite admired for her great voice. However, she is known to forget her lyrics in mid-performance as well as overdoing things, making her unable to perform sometimes. Mio was the lead vocalist at first, since Yui could not play the guitar and sing at the same time. Yui is also known to write childish lyrics as Ui has assisted her in creating them. See details