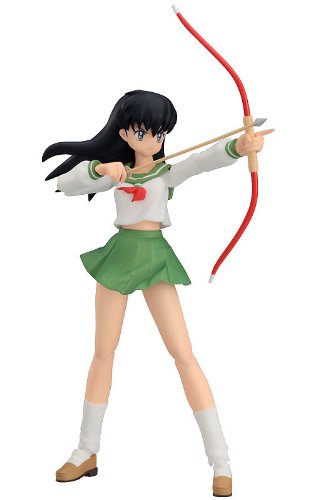 From anime and manga InuYasha, this is InuYasha : Kagome Higurashi Figma Figure . Using the smooth yet poseable joints of figma, you can act out various scenes.A flexible plastic is used for posable areas, allowing proportions to be kept, without compromising posability. Her bow, six arrows and quiver are all included for her to take on the demons and purify the world of the past.Hand parts allowing her to her bow are also included, along with other hand parts allowing for endless posing possibilities!Two expressions are included: Kagome’s warm smile, as well as a more serious face, as she goes to face the demons of the past. A poseable figma stand is included, which allows various poses to be taken. 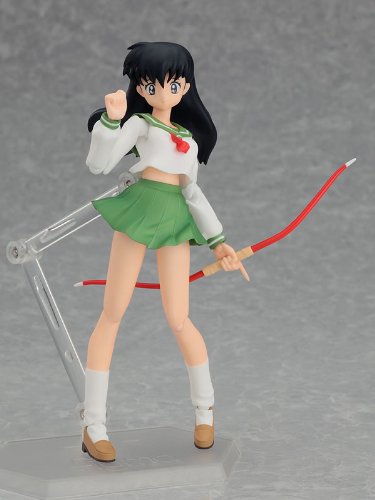 Kagome Higurashi (日暮 かごめ Higurashi Kagome), aged fifteen, is the female protagonist and narrator of the series. A middle-school student born in modern Japan, she is the reincarnation of the deceased priestess Kikyo. Kagome has the sacred Shikon Jewel unknowingly hidden inside her body until her 15th birthday on May 14th, 1997, when a demon pulls her into the Bone Eater’s Well at her family’s shrine and takes her five hundred years back through time. 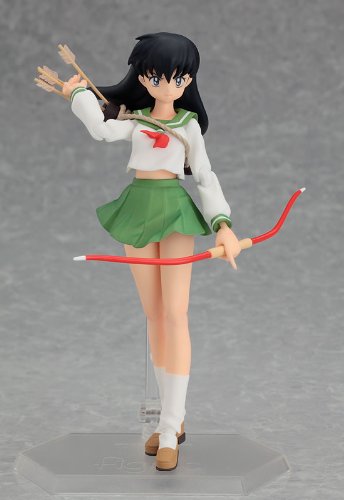 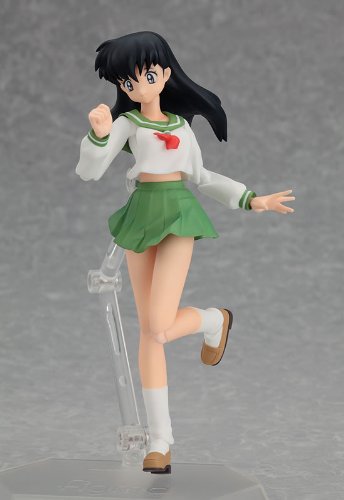 They emerge in the Feudal Era about fifty years after Kikyo’s death, where the demon tears the jewel from Kagome’s body. She releases InuYasha from his seal, and he defeats the demon, but the jewel’s power proves to be a strong lure for evil. When another demon seizes the Sacred Jewel, Kagome attempts to stop it with a longbow and arrow, but in doing so accidentally shatters the jewel into numerous fragments that disperse throughout Japan. She agrees to help find them, as she can sense the presence of nearby shards, and InuYasha comes along as protector and companion (and, ostensibly, so he can steal the jewel from her when it’s complete, though he makes no secret of this). 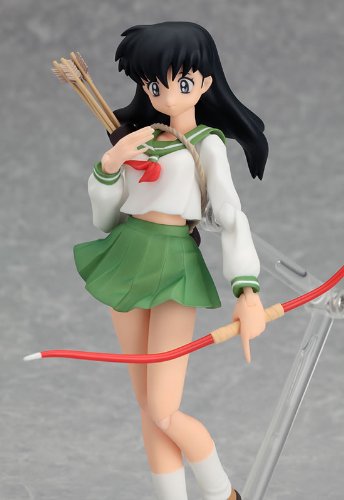 As the series progresses, she begins to fall in love with InuYasha, and finds herself competing with the revived Kikyo for his affections. During the search for the Shikon Jewel, Kagome’s own innate spiritual powers and abilities and archery skills continue to improve, and she unlocks her true powers and full potential after Sesshomaru kills Magatsuhi, the evil spirit within the Shikon na Tama that was sealing her powers. At the end of the manga, her and Inuyasha kiss right before the Sacred Jewel is destroyed and separated for 3 years, they are reunited and Kagome and Inuyasha marry one another living alongside InuYasha in the Sengoku period, while learning to be a miko under Kaede’s guidance. See details