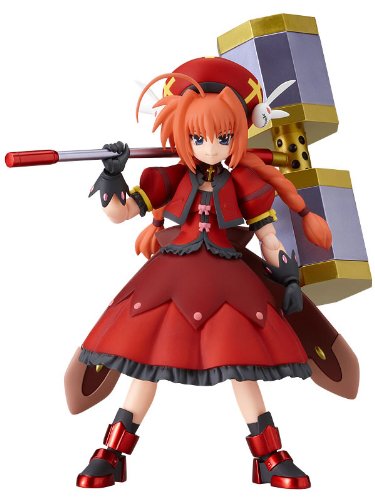 From anime and manga Magical Girl Lyrical Nanoha, this is Magical Girl Lyrical Nanoha : Vita Yagami Knight Figma Figure , one of the knights in the Wolkenritter, to join the figma collection. Using the smooth yet poseable joints of figma, you can act out various scenes. A flexible plastic is used for posable areas, allowing proportions to be kept, without compromising posability. 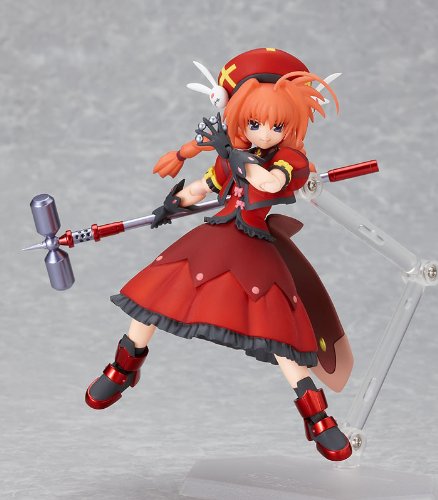 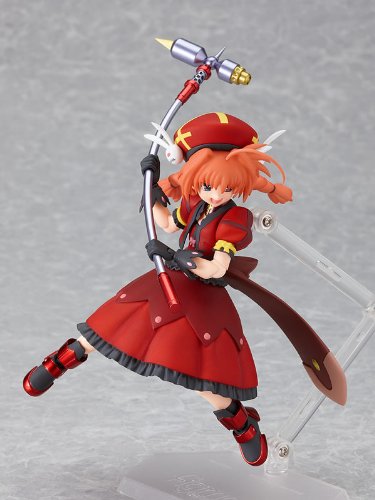 Her magical device ‘Graf Eisen’ is included and can be switched into four different forms. Hand parts to hold Graf Eisen as well as hands holding iron balls are included to recreate her popular attacking pose. In addition to the normal facial expression, an angry face that appeared countless times in the anime is also included. A poseable figma stand is included, which allows various poses to be taken. 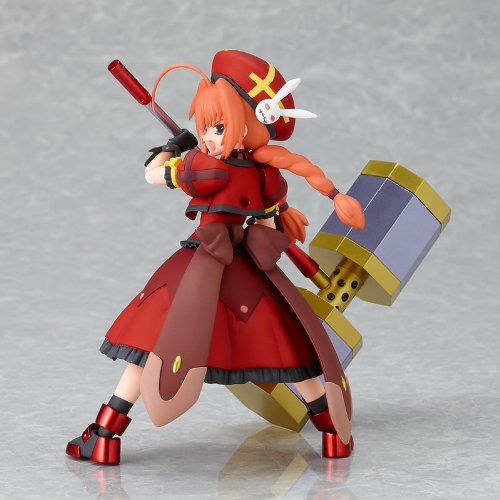 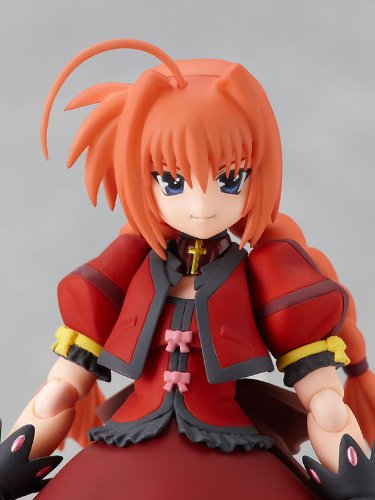 Vita (ヴィータ Vīta) is typically hot-tempered and stubborn. For much of her existence, she was constantly hostile and rude to the other Wolkenritter outside of battle, refusing to let them get closer to her. She is especially devoted to Hayate, and is willing to go to considerable lengths to protect her, but promises not to kill anyone in order to not “defile Hayate’s future with blood.” Vita shows hostility toward Nanoha in their battles, and often intentionally mispronounces her name as “Nantoka” (“Something or other” in Japanese), but eventually comes to recognize her as an equal and friend. By the time of Strikers, and after an incident when Nanoha was almost crippled from injuries sustained on a mission she and Vita were on, Vita shows a desire to protect Nanoha much like her desire to protect Hayate. See details