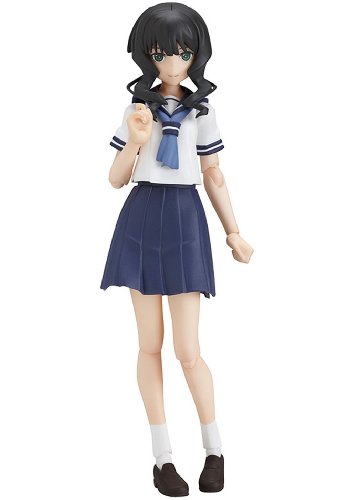 Black Rock Shooter : Yomi Takanashi Figma Seifuku version . From the ‘Black Rock Shooter’ anime comes a figma id Mato Kuroi’s best friend, Takanashi Yomi! Using the smooth yet poseable joints of figma, you can act out a variety of different scenes. A flexible plastic is used for specific areas, which allows proportions to be kept without compromising posability. She comes with two extra expressions – the smiling face she always had while talking to Mato, and an amazed face. She comes with her bag for school, indoor slippers, her cell phone and a volley ball. A nice set of extra parts to play with. A poseable figma stand is included, which allows various poses to be taken. 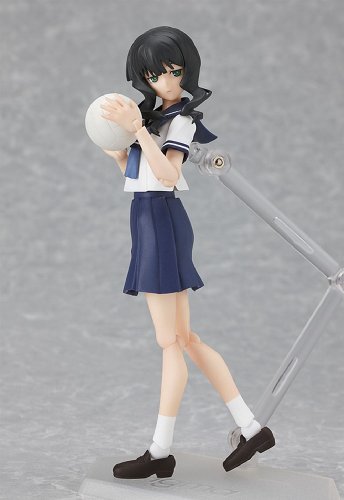 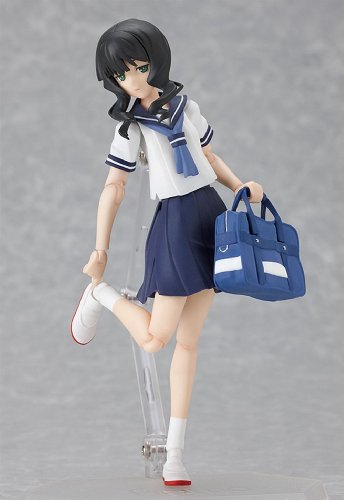 Yomi Takanashi (小鳥遊 ヨミ Takanashi Yomi) is the other main character in the Black Rock Shooter anime. She is a quiet and good-natured girl that in the same grade as Mato with a talent for volleyball. She recently moved into Mato’s neighborhood after having been in Germany She and her family have moved around a lot during her life. 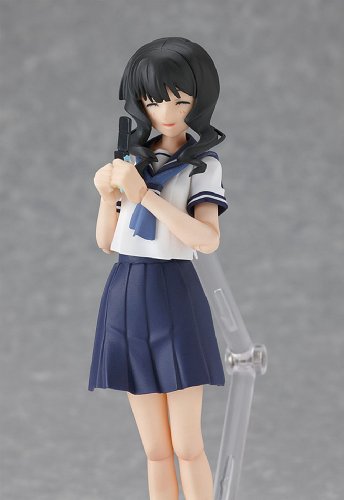 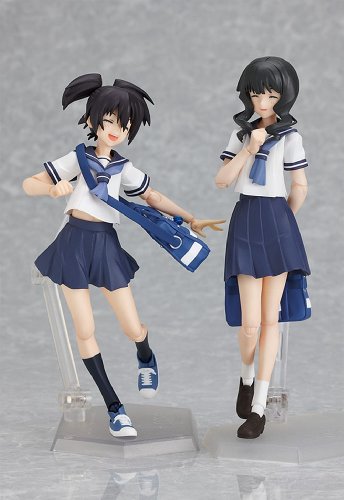 After having a chat with Mato on her first day, they become fast friends and become very close, as shown by Mato buying her a star shaped cellphone strap similar to hers. After Mato joines the basketball club, Yomi joines the volleyball club so they could be together more often and learned she is actually quite good at it. After Mato befriends Yuu in their second year, she becomes jealous and lonely, eventually leading to her being possessed by Dead Master. Shortly afterward, she goes missing which leads Mato to go in search for her in the other world. See details