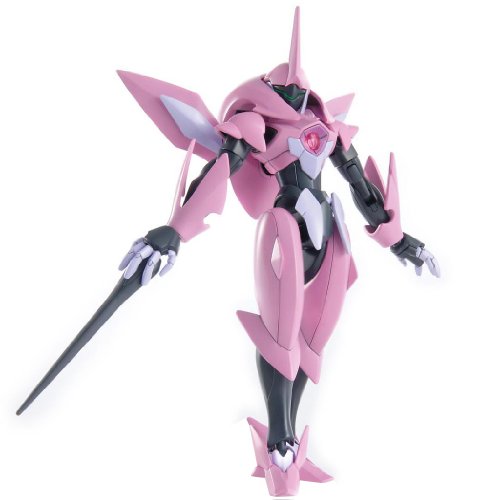 From Mobile Suit Gundam AGE anime series, this is Gundam Age : XVB-XD Farsia 1/144 Scale Model Bandai . The MS piloted by Yurin in the climax scene of “Mobile Suit Gundam Age” first season. Clear rods and a special stand are included to recreate the scene of shooting out the bits. Includes five flower bits.

The xvb-xd Farsia is an X-Rounder use mobile suit of the Vagan that appears in the Mobile Suit Gundam AGE anime series. The unit is “piloted” by Yurin L’Ciel, though in fact it is actually controlled by Desil Galette, using his own X-Rounder ability. 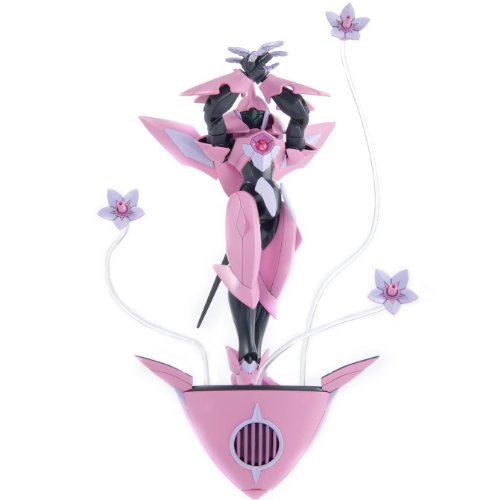 Technology & Combat Characteristics The xvb-xd Farsia were built specifically to harness an X-Rounder’s potential in mind.The Farsia differs to other Vagan mobile weapons of it’s time due to its feminine design and lack of a transformation mode. It has been designed with considerations for situations where the pilot has had no formal training.The Farsia is one example of mobile suit that can be controlled using X-Rounder power, ultimately allowing it to be operated without direct control of the pilot. However due to this, it also necessarily for the pilot to function as part of the vessel in order to receive feedback from the power.Because the pilot is now “part of the mobile suit”, it ultimately allows certain situations where tragedies can happen to innocents X-Rounder pilots such as its pilot, Yurin L’Ciel, whom have no Mobile Suit piloting experience. 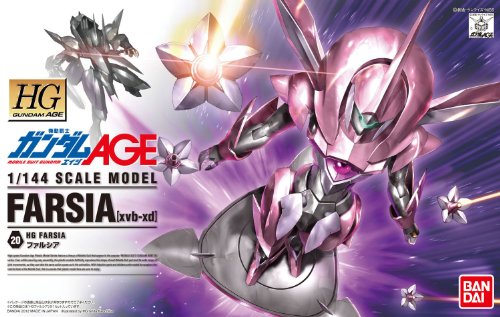 Armament
Farsia Bit
Farsia keeps five Farsia Bits stored in a backpack. These bit are developed by the Vagan as a multipurpose all ranged remote weaponry. The Bits can fire concentrated beams into the enemy using its individual power generator, while controlling them using an X-Rounder’s brainwaves.