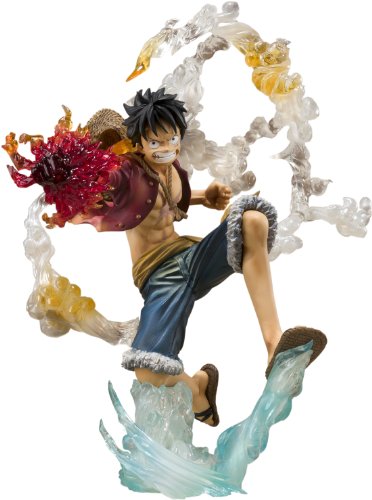 From anime and manga One Piece, this is One Piece : Monkey D. Luffy Battle Ver. FiguartsZERO Figure statue appeared in the Battle of Fishman Island Arc. Spectacular translucent battle effect parts are features in this meticulously detailed sculpture of Monkey D. Luffy. Special display stand is also included in set. 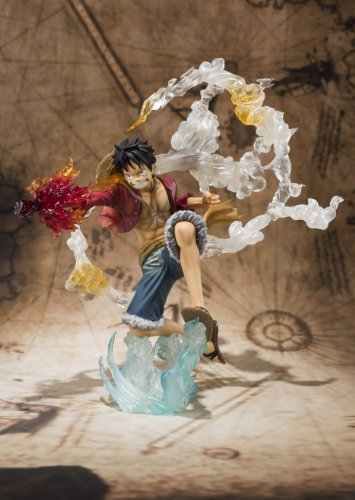 Monkey D. Luffy (モンキー･D･ルフィ Monkī D. Rufi) is a pirate and the main protagonist of the anime and manga, One Piece. He is the son of the Revolutionary Army’s commander, Monkey D. Dragon, the grandson of the famed Marine, Monkey D. Garp, the foster son of a mountain bandit, Curly Dadan, and the adopted brother of the late “Fire Fist” Portgas D. Ace and Sabo. His life long goal is to become the Pirate King by finding the legendary treasure left behind by the Pirate King, Gol D. Roger. He believes being Pirate King means one has the most freedom in the world. He has eaten the Gomu Gomu no Mi. As the founder and captain of the Straw Hat Pirates, he is the first member who makes up the crew, as well as one of its top three fighters. 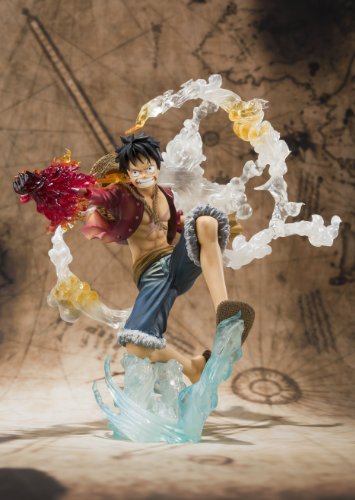 The Fishman Island Arc is the twenty-fifth story arc. It is the second and last arc in the Fishman Island Saga of the One Piece series, continuing on from the Return to Sabaody Arc. In this last arc in the Fishman Island Saga, Fukaboshi continues on telling Luffy that though they pushed forward to obtain peace for the island, they had failed to notice the lingering grudge of hatred in the Fishman District due to not keeping contact. As a result that grudge grew out of control until it became a threat to the island. He cites his mother’s death on this grudge and realizes that while its too late to change the minds of those in Fishman District. The rest of the kingdom must fight within themselves to overcome this grudge or otherwise the island will be destroyed by it. Fukaboshi then pleads to Luffy to defeat the evils that have dwelled on the island and “bring everything back to zero” so they can start over again. Luffy responds in kind that he will take care of it as the moment he, his crew and Jinbe invaded the plaza they were not going to let anyone else lay a finger on the island. As after all, they are friends. These words encourage those that were escaping to stay in support of Luffy. 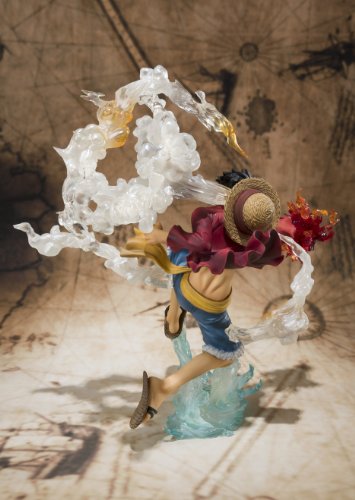 As all this had went on, the Ammo-Guards managed to successfully fire a new air bubble over the Noah and radio Luffy of this. Hody charges at him while Luffy tells Shirahoshi to stay by his side. Luffy stretches back his arm, going Gear 2nd and putting a Color Armament over it. Just as Hody closes in, Luffy hits him with a new technique: Gomu Gomu Red Hawk, slamming it into Hody’s stomach which not only greatly wounds Hody but somehow causes an explosion from Hody’s back. 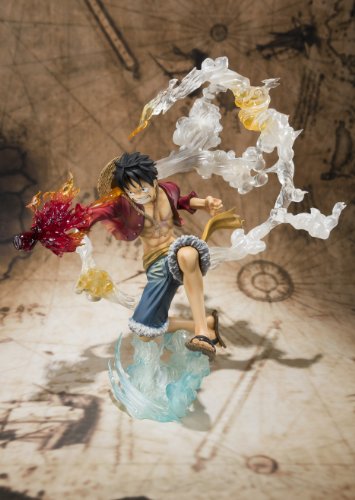 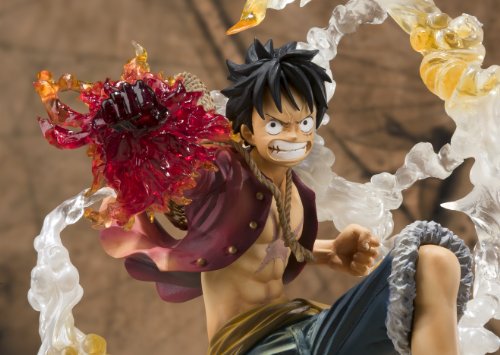 The impact from Luffy’s attack sends Hody flying towards the Noah and into the bubble around it. Luffy has Shirahoshi follow after him where they see he has crashed on the deck of the ship, badly wounded. Now in a breathable setting, Luffy charges towards Hody, activating Gear Third as he does so. Meanwhile, on the island, one of the citizens tries to convince another to flee. However, the citizen recalls when Whitebeard and his crew were on the island. As he was a friend of Neptune, he defended it from enemy pirates and proclaimed the island under his protection. The fishmen citizen, though hating humans, starts to doubt after hearing what Luffy told Fukaboshi.