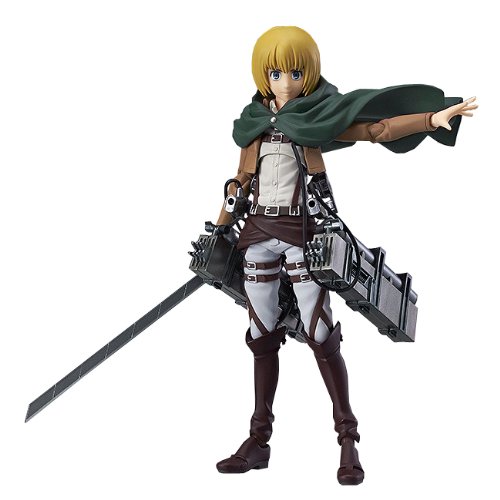 For fans of Attack on Titan anime and manga, this is Attack on Titan : Armin Arlert Figma Action Figure from Max Factory/Good Smile. This action figure using the smooth yet posable joints of figma, you can act out a variety of different scenes. He comes with three expressions including his standard determined face, an emotional shouting face and a worried expression. His dual blades are included for combat scenes, along with his Vertical Maneuvering Equipment and smoke effects to recreate its use. The hooks connected to a wire that shoot out from the equipment are also included, along with his Scouting Legion mantle. An articulated figma stand is included, which allows various poses to be taken. 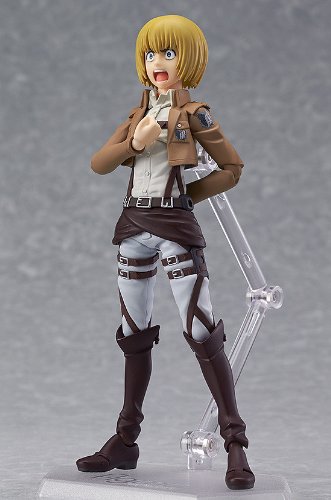 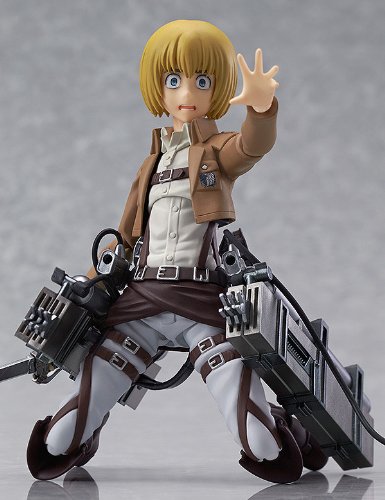 Armin Arlert (アルミン・アルレルト Arumin Arureruto)is a childhood friend of Eren Yeager and Mikasa Ackerman, Armin possesses a sharp mind and a natural intuition for strategy which has proven useful on many occasions. However, Armin often believes to be completely incompetent, and cowardly and hates having to rely on friends all the time. While Mikasa always fears for Eren’s life, Eren worries for Armin’s safety whenever they are in battle. Despite Armins self-perceived shortcomings, Armin is the one to bring Eren out of his feral Titan state following his second full transformation and after he attacks Mikasa. Armin also convinces Eren to let go of his inhibitions regarding Annie so that he could transform and fight her in his Titan state. By soldier’s standards, Armin has sub-par physical aptitude but excels in theoretical courses. 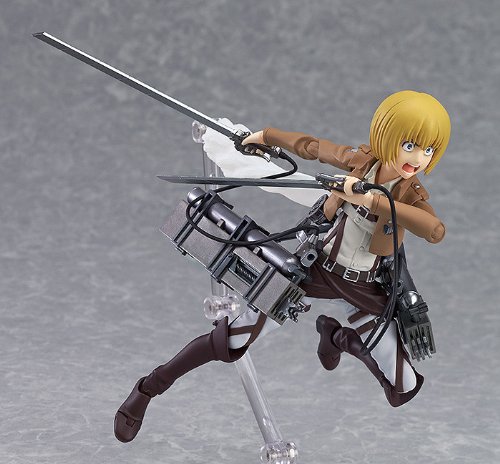 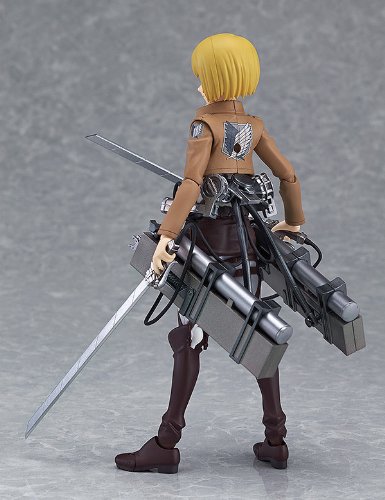 It is Mikasa who first encourages Armin out of belief of being incompetent by pointing out that his strategic intuitions have always saved her and Eren in the past and that Armin should have more faith. As the story progresses confidence, blooms and as well as the cowardliness simmers down not to mention brilliant planning blooms as well, tactics and deduction impresses high ranking officers to the point that they respect Armins opinions considerably. It is solely through Armin’s intellect and deductive skills that the (human) identity of the Female Titan is discovered. See details for this figure.