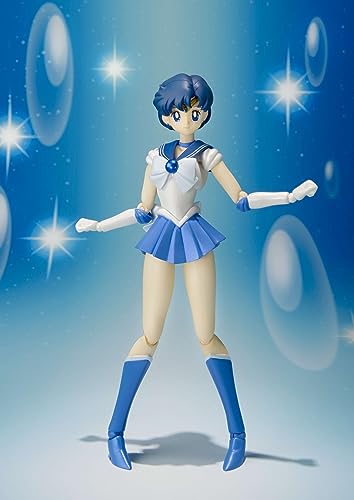 For fans of Sailor Moon manga and anime, this is Sailor Moon : Ami Mizuno Sailor Mercury S.H. Figuarts Action Figure from Bandai. The only figure with an IQ of over 300 is here. Tamashii Nations is proud to announce their second iteration into the S.H. Figuarts Sailor Moon line-up with the Soldier of Wisdom, Sailor Mercury. And because no warrior of justice is complete without her accessories, Sailor Mercury will feature 3 interchangeable faces, 4 sets of hands, her HMD Visor and 2 different versions of her signature pocket computer. 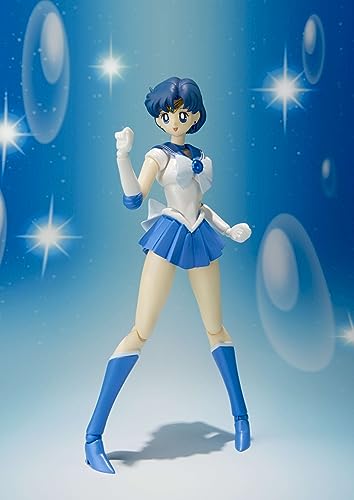 Sailor Mercury (セーラーマーキュリー Sērā Mākyurī), is alternate identity of Ami Mizuno (水野 亜美Mizuno Ami), a teenage Japanese schoolgirl, she belongs to the Sailor Soldiers, female supernatural fighters who the franchise’s main girl characters transform into to fulfill their duty of protecting the Solar System and the franchise’s eponymous protagonist from evil.

Sailor Mercury is the first Sailor Soldier to be discovered by Sailor Moon, and serves as the “brains” of the group. She possesses powers associated with water, is highly intelligent, and can use a supercomputer to collect information on various battle factors. 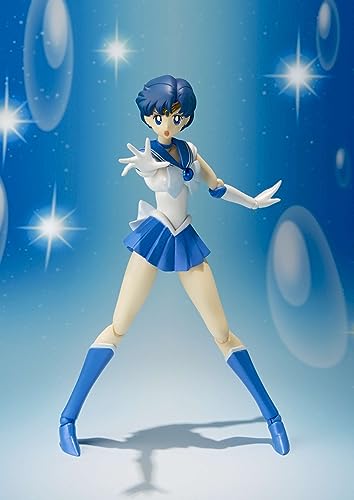 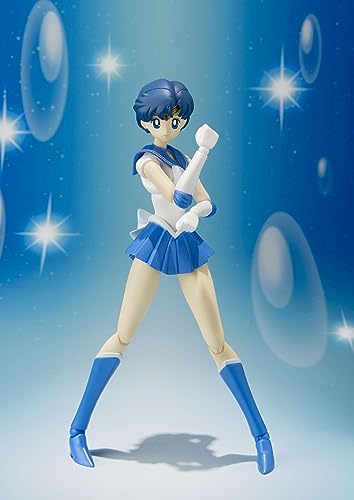 Ami’s most emphasized character trait is that she is enormously intelligent—in the anime and manga she is rumored by other characters to have an IQ of three hundred, while in the stage musicals this is stated as a fact. She is adept at English in both the musicals and the anime, and in the live action it was clearly, although briefly, demonstrated by the actress portraying her (actress Chisaki Hama was speaking to an English speaking character as her character was visiting the United States as a medical intern). Her peers view her with a mixture of awe and distaste, misinterpreting her inherent shyness as snobbery, and so she tends to have a difficult time making new friends. Ami is depicted as kind, sweet, gentle, and loyal, as well as slightly insecure. She also dislikes the fights of Sailor Moon and Sailor Mars. Anne Allison describes her as “a smart girl who needs to relax”, calling her “conscientious” and “studious”, “everything Usagi is not”. Early on in the story, she relies heavily on the approval of her mother, teachers, and friends, but as the series progresses she becomes stronger and more confident in herself. She is generally the most sensible of the main characters, and is often the only one embarrassed when the group has a dull-witted moment. As the story begins, she attends Azabu Jūban Junior High along with Usagi Tsukino and, later, Makoto Kino. 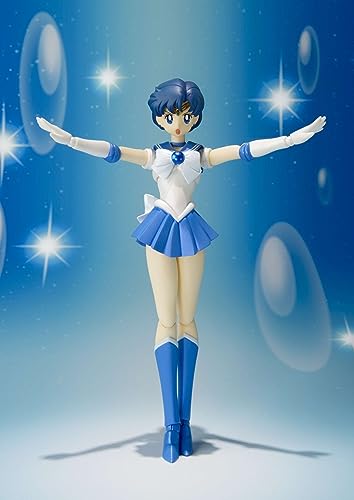 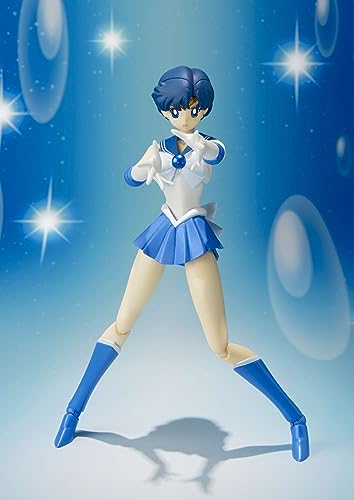 Special powers and items
In the manga, Ami can dowse without any aids. Otherwise, she is not shown using any special powers in her civilian form, and may not be able to.She must first transform into a Sailor Guardian by raising a special device (pen, bracelet, wand, or crystal) into the air and shouting a special phrase, originally “Mercury Power, Make-up!”As she becomes more powerful and obtains new transformation devices, this phrase changes to evoke Mercury Star, Planet, or Crystal Power.