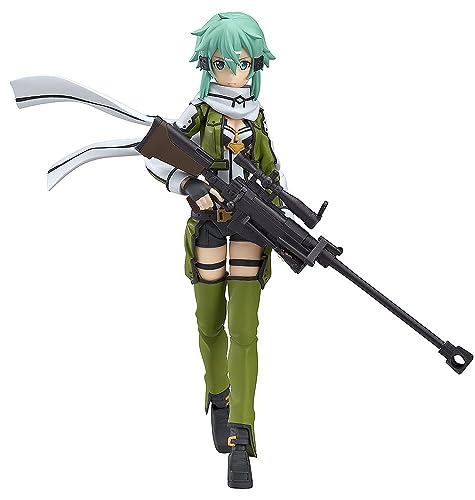 For fans of anime and manga Sword Art Online, this is Sword Art Online : Sinon Figma Action Figure. Manufactured by: Max Factory. Using the smooth yet possible joints of figma, you can act out a variety of different scenes. A flexible plastic is used for important areas, allowing proportions to be kept without compromising pose ability. She comes with three expressions: a standard face, a fired-up expression with clenched teeth and an embarrassed smile. Her beloved “Hecate II” sniper rifle is included along with bipod to place it on. A pistol and effect parts are also included, as is an alternate head part for posing her in a sniping pose and an articulated figma stand is included. Stands just over 5″ tall. 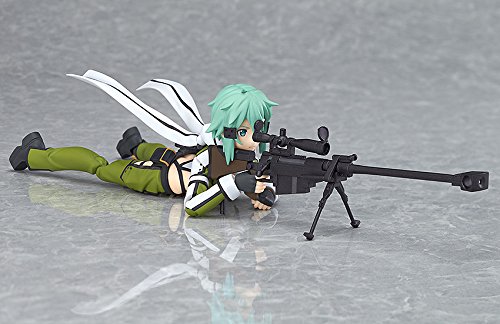 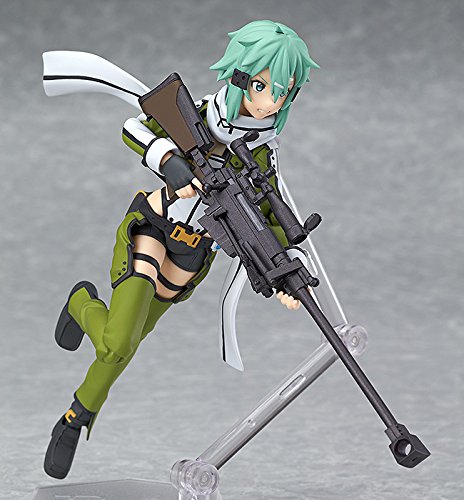 Shino, who goes by Sinon, is a female sniper whom Kirito first meets in Gun Gale Online. She has childhood trauma concerning guns when she killed a robber at the post office to protect her mother and thus started playing GGO in an attempt to overcome it. She is the owner of the rare gun “PGM Ultima Ratio Hecate II”. She originally considers Kirito an opponent, but later develops feelings for him. However, after seeing him and Asuna as a couple, she backs down. After the Death Gun Incident, Sinon seems to have gotten over her fear and is moving on from the incident and no longer vulnerable to her classmates’ threats of using a gun on her. In Agil’s café, Sinon meets Asuna, Rika, and the woman who was a victim at the post office. In real life, Asuna gives her the nickname ‘Sinonon’. 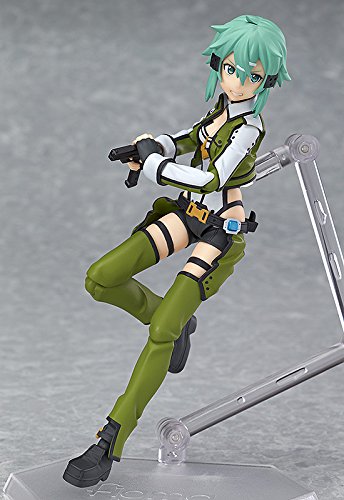 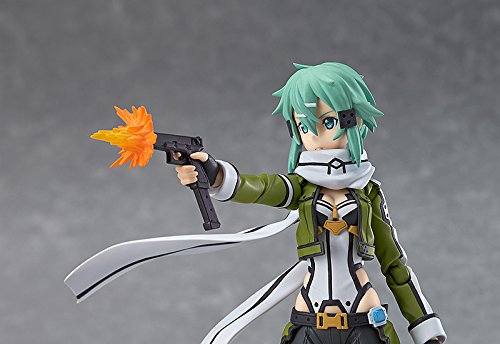 She later joins ALO on their recommendation as a Cait Sith archer, wielding a long bow made by Lisbeth capable to shoot arrows accurately to a max distance of 100m. Sinon is shown to be admired by the other female members, but she and Kirito constantly tease one another, much to their jealousy. Sinon also may be one of the few girls Yui likes in the beginning of Volume 10.