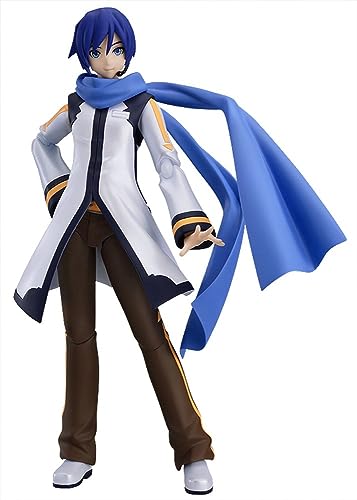 From a singing synthesizer application this is Vocaloid : Kaito Figma Action Figure the male Vocaloid with a relaxing voice. Kaito, the Vocaloid that acts like a big brother to Hatsune Miku, is finally joining the figma series. Using the smooth yet posable joints of figma, you can act out a variety of different scenes. A flexible plastic is used for important areas, allowing proportions to be kept without compromising posability. 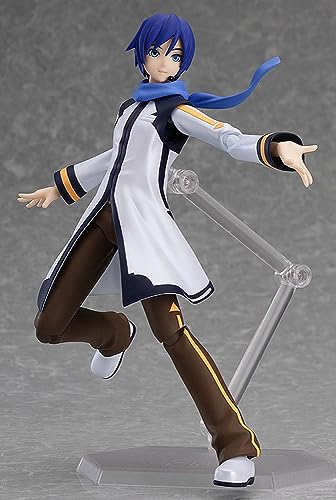 He comes with three expressions: a smiling face, a powerful singing face and a gentle smiling face with closed eyes. His favorite ice cream as well as his long scarf are both included as optional parts and an articulated figma stand is included to accommodate various poses. Made of painted ABC and PVC, this non-scale articulated figure stands roughly 6 1/8″ tall. 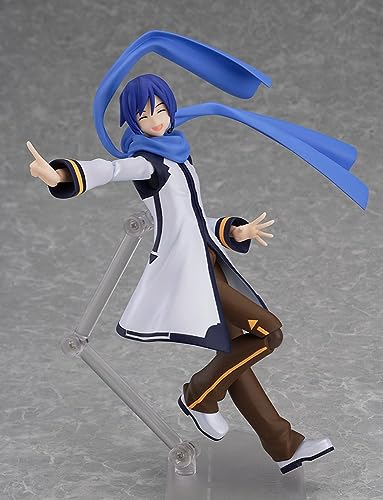 Kaito’s codename of “TARO” likely came from “Yamada Tarō (山田太郎)”, a placeholder name for male characters and the Japanese equivalent to “John Smith”. His voice is provided by the famous Japanese singer, Naoto Fūga (風雅 なおと). 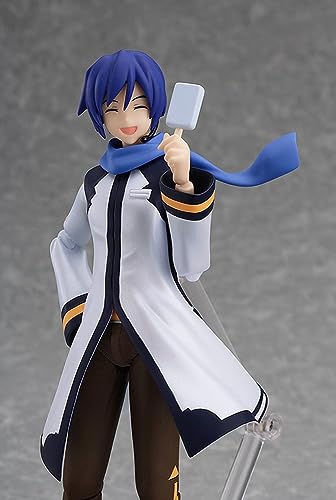 Kaito’s muffler has become one of his most iconic items. During his V3 update, there was fan outcry over the idea of it being made transparent. In answer to this, Crypton stated that cloth can be made out of anything, including plastic; there was a lot more freedom with it than many realized. 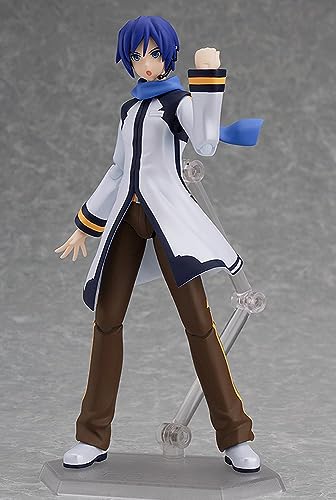 Kaito has no official given age. However, in Maker Hikōshiki Hatsune Mix he is usually portrayed as a middle aged man by KEI. Despite this, what the artist depicts in the comic is not official, as he mentioned in a magazine interview. See details