From a singing synthesizer application this is Vocaloid : Rin Kagamine Figma Action Figure one of Kagamine twins. The development of the Kagamines began when Crypton formulated the concept of making a pair of female and male voicebanks. The first idea was for two voices of a girl and her mirror image of the opposite gender, just like twins. 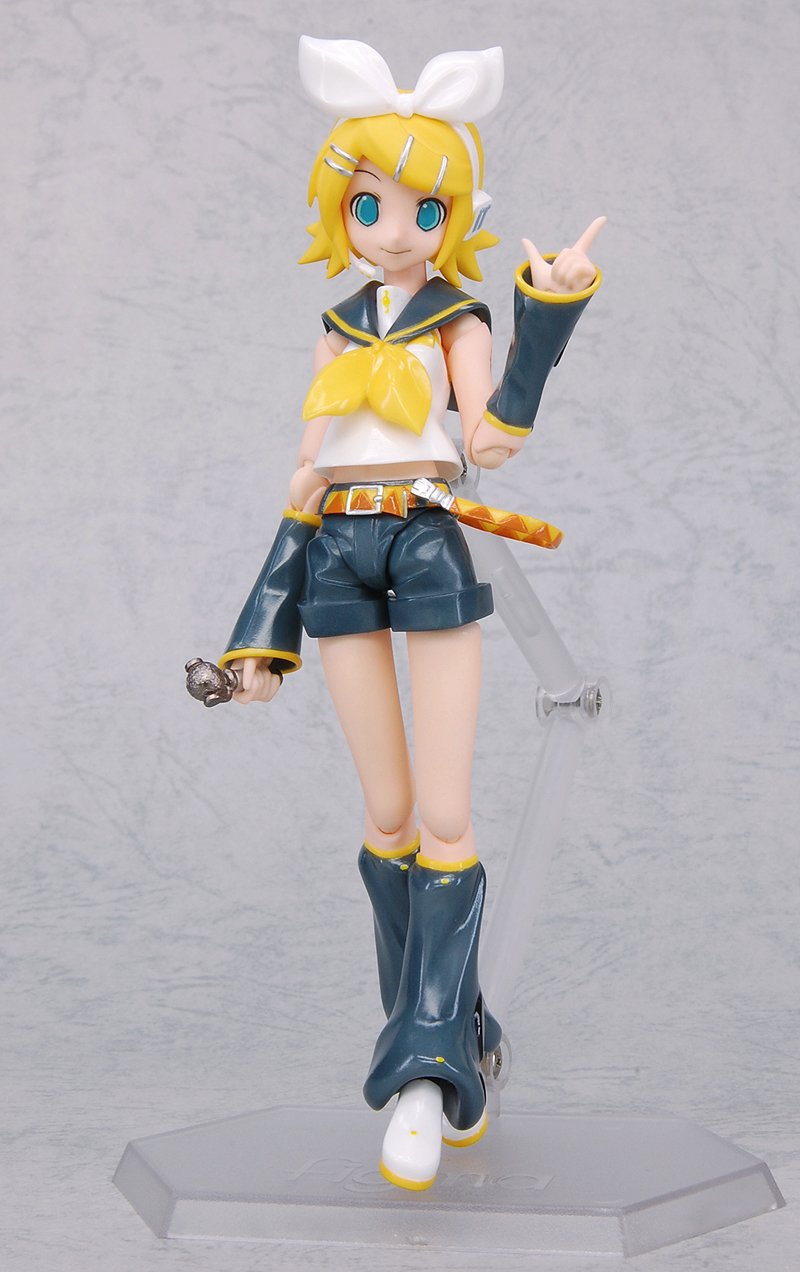 Kagamine Rin (鏡音リン) are humanoid personas voiced by a singing synthesizer application developed by Crypton Future Media, headquartered in Sapporo, Japan. They use Yamaha Corporation’s Vocaloid 2 singing synthesizing technology. Their voices are sampled by Asami Shimoda. They have performed at her concerts onstage as an animated projection. Many songs have been created with them. Rin & Len are portrayed as opposite gender twins with yellow hair. 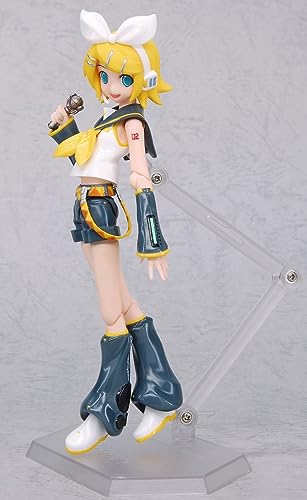 When the Kagamines were being recorded in 2007, their names had not yet been decided. Their given names of Rin and Len were said to be based on “right” and “left”, according to Asami Shimoda. She later confirmed in an interview after the Append release that the names were based on Ken and Rin from Hokuto no Ken, derived from a discussion about names that were familiar from her childhood. See details