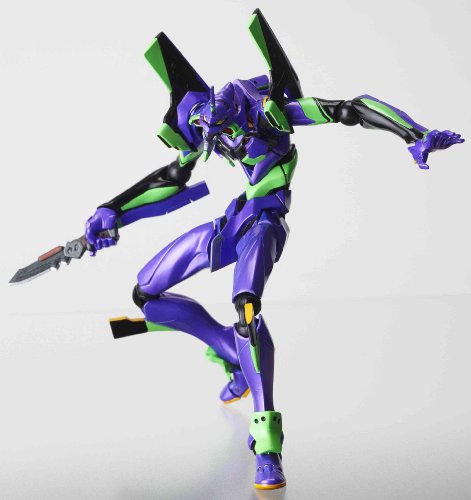 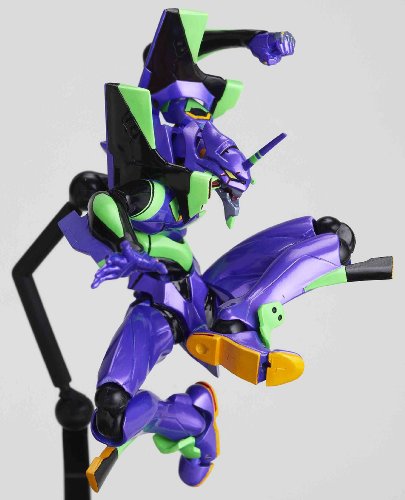 Although they appear to be giant humanoid robots, the Evas are actually cyborgs, integrating a mostly biological being with a substantial mechanical infrastructure and flexible polymer sheathing and armor plating. But like the Angels, their real defense is the Absolute Terror Field (AT Field for short). 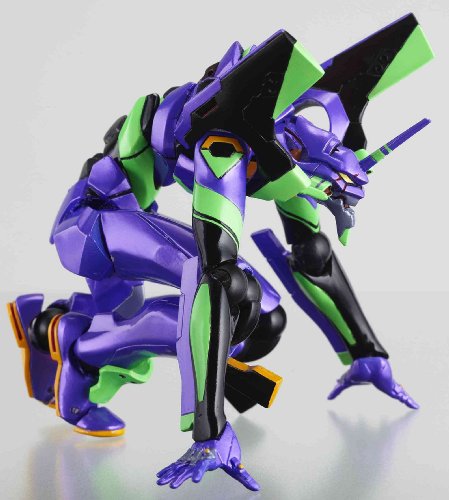 Unit 01 (初号機, Shogōki) was created in the Third Annex of Gehirn’s Artificial Evolution Laboratory in Hakone and is piloted by Shinji Ikari (with Rei or a Rei Dummy Plug as backup pilots). It has the best battle record of all the Evangelions. It frequently acts independently, without the instructions of a pilot and without any apparent power source. The Eva will also take action to protect its pilot while sometimes servicing other interests. The Eva’s resident soul, Yui Ikari (Shinji’s mother), appears to be responsible for such events. Unit 01 is called the “Test Type,”. 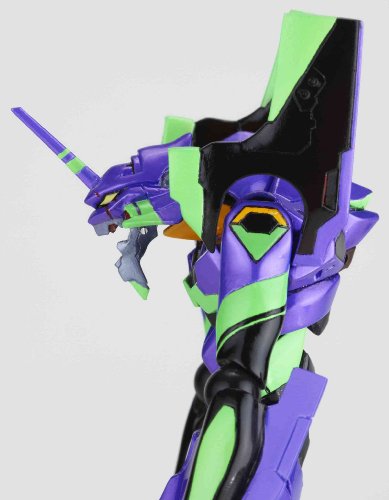 Although Unit 01 seems to be an Adam-derived cybernetic organism like all other Evangelions, it is the sole Eva to have been born from Lilith (freeze-frame play of episode 23 reveals an incomplete Unit 01 being grown from Lilith’s lower half in a manner reminiscent of Siamese twins). 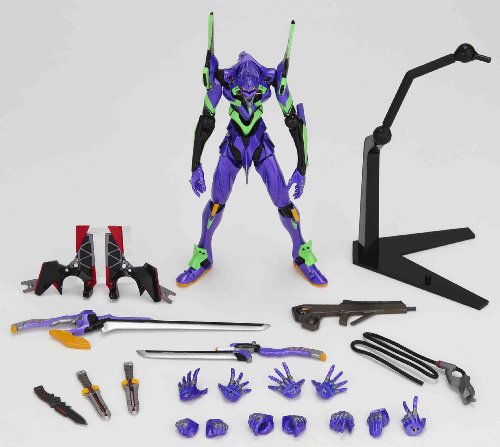 In the Rebuild of Evangelion series, Unit 01 sports more neon green highlights on the head, chest, abdomen, and arms. The knife and its storage mechanism are also redesigned, but most of the armor has not changed. During its fight with Sachiel an onscreen graphic notes that Sachiel has blood type Blue 04 (since it is the fourth Angel) and Unit 01 has blood type Blue A*, likely a reference to the Eva units being derived from Angels. See details