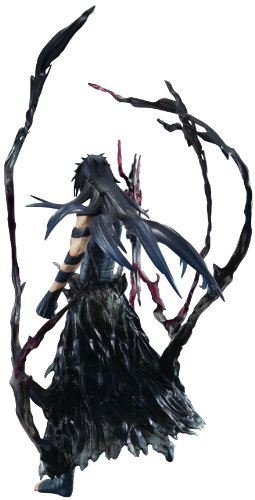 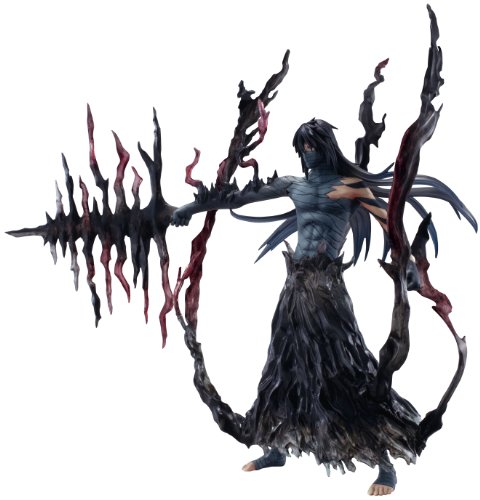 Saigo no Getsuga Tenshō (最後の月牙天衝, The Final Moon Fang Heaven-Piercer): By using this technique, Ichigo Kurosaki becomes the Getsuga (月牙, Moon Fang) itself. It is referred to as the “Final” Getsuga Tenshō because if Ichigo uses it, he loses all of his Shinigami powers. For the duration of the ability, Ichigo’s hair turns black, and becomes waist-length. Light bluish-gray bandages form around his body, tightly wrapped around his torso, right arm, and face, ending just beneath his eyes. Black flame-like markings spread across his chest and wrap around his left arm, and the remains of a tattered black cloak cover his lower body. 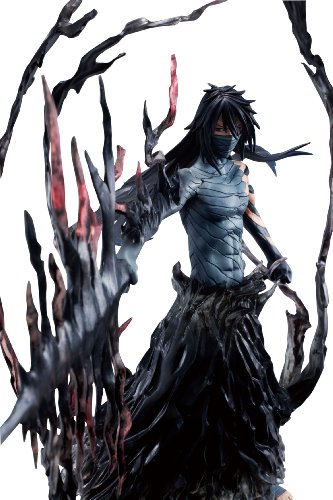 In this form, Ichigo’s body constantly emits smoky black reiatsu, most of which is focused around his right arm. Being in this form allows Ichigo to use Mugetsu. Once it is used, the transformation dissipates, in which he will then lose consciousness accompanied by intense pain with the loss of his Shinigami powers following. Then, any remaining reiatsu stabilizes and he will awaken (sometime later, roughly a month) followed shortly by the loss of his remaining Reiryoku. However, when Ichigo lost his reiatsu, a tiny portion of it accumulated in a single location inside of him over time, and he began to regain it slightly after a year and a half. See details