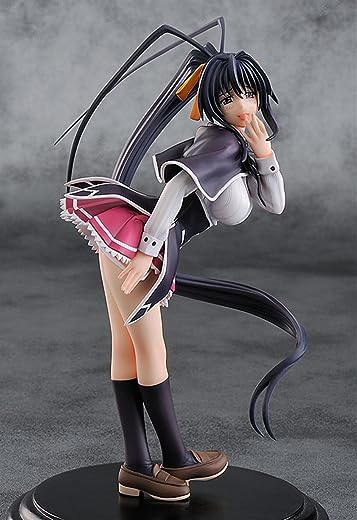 This is High School DxD : Akeno Himejima PVC Figure Statue from Japanese light novel series, High School DxD. From Good Smile Company. From the popular anime High School DxD comes a 1/8 scale figure of Akeno Himejima, one of the “Two Great Ladies of Kuoh Academy.” Her characteristic long black ponytail has been faithfully sculpted and she is posed very lasciviously with one hand to her mouth and the other teasingly pulling down on her own panties. 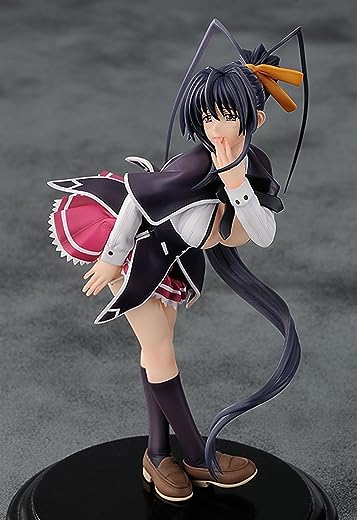 Akeno Himejima (姫島 朱乃 Himejima Akeno) is the vice-president of the Occult Research Club; she wears her hair in a long black ponytail. Issei describes her as an ideal Japanese woman with a pretty face that is always smiling, and along with Rias, make up the two great big sisters that are idolized at the school. She exhibits a gentle personality, but during combat, becomes highly sadistic. As Rias’s queen, she possesses a variety of abilities, preferring elemental attacks such as lightning strikes. She transforms her costume to that of a shrine priestess and assumes the nickname Priestess of Thunder. 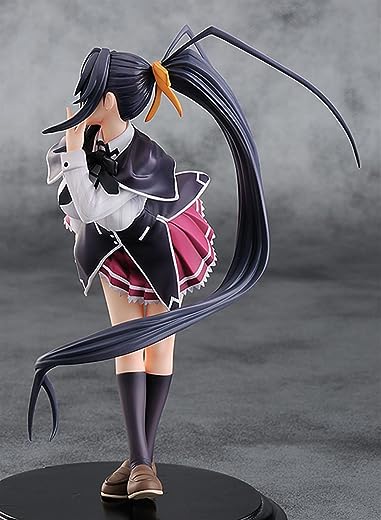 In the second anime season, she helps draw off energy from Issei’s Boosted Gear by sucking on his finger, and flirts more openly with him. Akeno’s back story is explored in volume 4, and she is revealed to be the daughter of the fallen angel leader Barkiel and a human shrine maiden. After showing Issei her mixed wings, she is concerned he will hate her, but he accepts her, after which she acts more affectionately towards him, saying that she does not mind being third (after Rias and Asia). In volume 5 of the light novels, Issei convinces her to add her fallen angel aspects to her abilities, creating the Holy Lightning attack. She gets in a conflict with her father in volume 7 that causes her to act unstable and fragile, but Issei helps her reconcile with him. 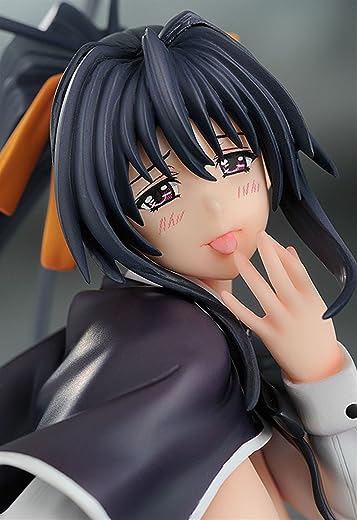 Over the course of the light novels, Akeno continues to progress her abilities. She acquires Fallen Angel Mode (堕天使モード Datenshi Mōdo), which increases her Holy Lightning abilities, and passes the promotion exam for the middle-class devil rank. In a later volume, she creates Raikouryuu, an Eastern dragon made of Holy Lightning.